Rubio goes Home, so does Cruz: the politics of country

As the crowd waited early Thursday morning in Portsmouth, N.H. for Republican presidential candidate Sen. Marco Rubio of Florida to enter the banquet hall to hold a town meeting, the sounds of Montgomery Gentry could be heard over the speakers. "Where I Come From" warmed up the crowd along with a bunch of other recorded songs, including Dierks Bentley's "Home." 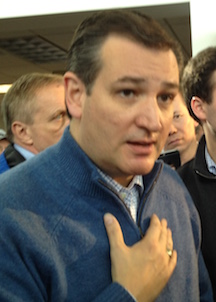 Soon, it was off to see Texas Sen. Ted Cruz, holding a similar forum down the street. And lo and behold, same thing...Montgomery Gentry's "Where I Come From" and Bentley's "Home." But the music didn't stop there as Jason Aldean's "Dirt Road" and Little Big Town's "Boondocks" were among the songs played.

The evening closed with a speech by The Donald, aka Donald Trump, back in Portsmouth. He had the music going as well, but it wasn't country. More like classic acts for the most part - the Rolling Stones playing "You Can't Always Get What You Want" and material of similar vintage. That was until the music came on again at the end with Adele's "Rolling in the Deep."

Does this mean that Montgomery Gentry and Bentley are playing it both ways by supporting both Cruz and Rubio? Or that Adele, who is, of course, British, is casting her lot with Trump? 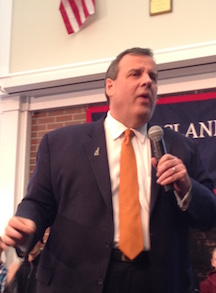 In the case of Adele, far from it. In fact, she contacted the Trump campaign saying she did not want it using her material. The Donald is not exactly shy about doing what he wants. The song was played.

Chances are none of the artists are actively endorsing the particular candidate who played their music. When the PR person for Aldean, Lady Antebellum and Bentley was asked if they had given permission or endorsed the candidate, the response via email was "Artists are not made aware of these sorts of things but thanks for checking!"

There was no response from her about whether they approved of the use of their songs.

Of course, in some cases, artists actively endorse candidates. The Allman Brothers Band famously backed Jimmy Carter way back in 1976, and they did several benefit shows for his campaign.

But what has happened in more recent campaigns is that the candidate will use songs without authorization. There is a subtle inference that the artist may, in fact, be supporting the candidate. After all, if candidate x is good enough for my favorite said artist, then maybe I should also. In effect, the artist gloms onto the artist for more votes.

The concept of using songs despite an artist asking the candidate goes back decades. President Reagan played Springsteen's "Born in the USA" back in 1980, much to The Boss' chagrin. The list is long.

Speaking of Springsteen, it should be noted that by all rites, Christie should have been blasting Springsteen at his rally in Henniker, N.H. He is a huge Springsteen fan and event went to his concert in Boston that very night dressed in his suit and tie. Now whether Springsteen is a fan of Christy's politics...

From a legal standpoint, campaigns apparently can use the material at rallies as long as they have the licensing to do so, which is standard, according to a story in Politico.

Whether the aforementioned country artists care is unknown. While perhaps legal, it'd be nice to think the campaigns actually received permission. After all, it is embarrassing to be told not to play said artist's song. And it's a tad more ethical to seek the okay.

Chances are though that Little Big Town and Bentley were not double dipping - and maybe not even single dipping either - in backing two candidates at the same time. Getting involved in politics has its pitfalls. After all, who will ever forget the still enduring negativity the Dixie Chicks achieved for knocking then President George W. Bush on the eve of the Iraq war? The politics of country, while patriotic at its core, is a dicey one when it comes to artists supporting politicians.

Who knows? Maybe when all is said and done, these country acts will gain a few more fans - no matter which campaign used their songs.