Prince and staying true to roots

Prince was not exactly known for being involved with country music. But his death on April 21 at the ripe young age of 57 made me think about musicians and their sense of self as an artist.

My thoughts were probably not all that different than when David Bowie died at 69 in January. 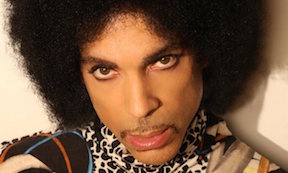 In both cases, they were Artists. That meant playing what they wanted without being beholder to label interests. They were influencers of their generation. Prince certainly made that clear when he battled his label, Warner, going so far as to write the word "slave" on his body to indicate just how he felt.

Prince released albums as he wanted and called the shots. Now, part of that was that he was in the position of being to do as he wanted because he had sufficient gravitas to do so. The fact of the matter was, though, that he also self-produced his debut where he played all 27 instruments on the disc. He knew what he wanted to do from the start.

Prince stood in sharp contrast to what we see in country and have observed for many years. Too many artists are in the go along, get along category where they seem to lose sense of self for the ability to stay on a label.

Of course, these days, the economics are increasingly difficult with touring being the key. Albums sell very little; singles matter a great deal, and that means having something that radio might embrace.

I would argue that Dierks Bentley, for example, has gone sharply towards the mainstream. Chris Stapleton and Kacey Musgraves, on the other hand, are outliers. They are sticking to their guns and what works for them and maybe are successful in spite of it.

I also have seen artists like Sara Evans and Martina McBride take a sharp detour from their first albums to go for a more popular sound. Maybe the move was right for career purposes, but was that what they wanted to do musically, or did they feel they lacked options?

It's easy to say, of course, from the vantage point of not having your career on the line. On the other hand, there is something to be said for being true to your roots. Like Prince was.