The Man in Black lives

The Man in Black - aka Johnny Cash - would have turned 78 on Feb. 24. To coincide with the anniversary of Cash's death, "American VI: Ain't No Grave" - supposedly the last of his recordings - is coming out. 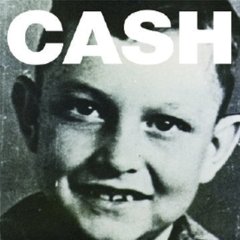 The music features some of the same cast of characters Cash worked with later in his recording career. That meant Rick Rubin at the production helm. Cash's son John Carter Cash also helps out. They do a fine job of bringing out the best in Cash, who is depicted in a black-and-white photo as a youth on the cover of the CD.

But in reality, during the recording of these nine songs, he was nearing the end of his life and does a very fine job of conveying where he was at that point in his life. Many of the songs deal with passing and death, but not necessarily in a sad, mournful way. In fact, Cash was deeply religious. Following the death of his wife, June Carter Cash, he was ready to join her. The recordings for "American VI" would sometimes be interrupted by Cash needing to go to the hospital.

Despite the sadness inherent in the lyrics, this is not all gloom and doom. Cash also looks back at the life he lived with a sense of satisfaction. It was a life marked by many great songs; recording with the likes of Jerry Lee Lewis, Carl Perkins and Elvis; involvement in the outlaw movement; drugs and bad habits; television shows and a drift into irrelevance save for a few records with The Highwaymen in the 1980's until Rubin took over and guided Cash back towards the icon status that he developed and maintained long after his death.

Cash had a great ride, and somehow, more than six years after his death, we are blessed with yet more new songs. The Man in Black comes round again proving the opening words of the CD correct: "Ain't no grave gonna hold my body down." Johnny Cash lives on in death.