Ho hum, Luke Bryan gets a little crazy on his Spring Break

Luke Bryan may have found a niche besides songs about the south that don't dig all that deep.

For the second time, Bryan is going to release an EP Tuesday - "Spring Break 2...Hangover Edition. Of course, it's an "exclusive" through iTunes. And the theme sure seems to be about drinking. 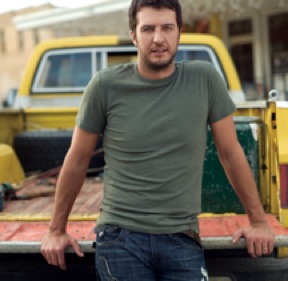 At the risk of going out on the limb, it looks like Bryan is going to get a little crazy - at least with song titles like "Wild Weekend, Cold Beer Drinker and I'm Hungover.

I haven't heard any of the tracks, and matter of fact, knew nothing about it until I got a press release from Bryan's record label this morning. Chances are that at least based on the song titles, none of them are prime material to put their songwriters in the Nashville Songwriters Hall of Fame. And it's not looking too good to be able to give them a listen either because while most labels offer music gratis to the press to be able to write about it, that's not going to happen. iTunes only no matter who you are.

This is not the first time that the Georgian has tackled the subject. He sang Drinkin' Beer and Wastin' Bullets, which includes lines about hunting for deer and drinking Bud.

But more power to Bryan. If that's where his audience is, okay. No one will accuse him of any sort of high brow country. That's for sure.