Are The Living Sisters super?

I just found out about a new group today that has the makings of something interesting. It's an LA-based band called The Living Sisters

The Living Sisters were formed by Eleni Mandell, who has recorded several strong albums - some country, some not - for a Canadian label, and Lavender Diamond front woman Becky Stark (and founder of LA Ladies Choir) as a duo in 2005. They later recruited third member Inara George of The Bird and the Bee, a group that has released a few discs here to acclaim. 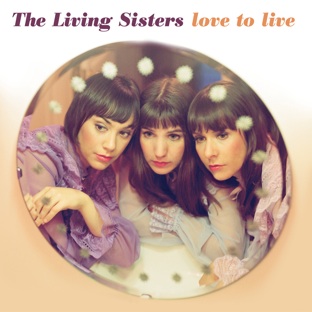 Of course, they're being touted as a super group. Urgh! That is such an overused word, just like legendary is. In effect, super group is used to describe any disparate grouping of musicians known from their work elsewhere and join together to form a new band. Some so-called super bands aren't necessarily so super, and neither are the individual players. But like many things in music, it's a marketing ploy for sure.

Here's a quote from the LA Weekly: ""The Living Sisters might be that rare supergroup that actually turns out to be super."

The Living Sisters will be performing at this year's SXSW festival and have a few upcoming shows in Los Angeles and New York. The LA show is March 13 followed by a few SXSW shows March 18 and 19, 2 more shows back in LA on March 20 and 25 and a New York gig with She & Him March 29.

The group is coming out with a disc, "Love to Live," sometime presumably soon on Vanguard Records.

According to a press release, "The velvet smooth harmonies of The Living Sisters permeate throughout...The 'sisters' embrace their mutual love of soul, country, gospel, retro-pop and other styles of music interwoven with their gorgeous vocal splendor."

You can judge for yourself by listening to them on their myspace page. The songs there include How Glad I Am (Greyboy Allstars Remix), How Are You Doing? and Double Knots.

The music combines a variety of styles, a bit jazzy, a bit funky, a bit on the rootsy/country side with harmonies.

Super or not, they sounded good on myspace.