Cook gets it together for Welder

It was great news to learn today that the great country singer Elizabeth Cook will release a new disc, "Welder," in May. 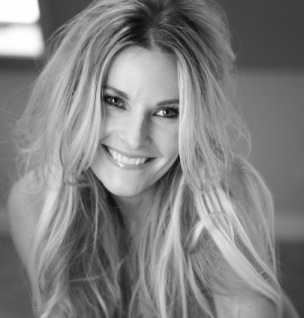 Now, Cook is not exactly a household name, but a lot of fine singers and performers, of course, aren't all that well known. Cook, who once upon a time released a major label disc on Atlantic, was last heard from a few years ago with her catchy, albeit novelty type honky tonk song Sometimes It Takes Balls To Be A Woman off of her fourth disc, "Balls." It was one very traditional country song, and while the title may have been considered a bit over the top, it also hearkened back to the days when song titles made you smile.

Cook benefits from a very fine voice, enjoyable personality, and, there's no getting around her fine looks, which matters not a hoot when listening on your CD player, but it does when you see her live.

Tim Carroll predictably helps out on the CD. Why wouldn't he? He's married to Cook and is a fine guitarist in his own right. Dwight Yoakam, Rodney Crowell and Buddy Miller also pitched in. Not too shabby, but they'd better not overwhelm the main attraction.

The Florida native went big time in getting Don Was to produce. Now, if he could turn the same magic he did for other folks like the Rolling Stones and Kris Kristofferson...

Two of the 13 songs are now available at Cook's MySpace page. Neither is exactly like Mama's Prayers also on her myspace page, which is heavy-duty trad. country.

The ballad Heroin Addict Sister is a bit hard to listen to give the subject matter about a sister, who got serious problems. Besides drugs, that would include five marriages and the need to strip. Life ain't pretty in this song. That's for sure, but what's also for sure is that you're not going to get some mainstream artist to tackle the song.

Camino is different musically, sort of a hipster, spoken vibe going on. The song isn't particularly country with more of a retro sounding feel thanks to the guitars.

Fortunately, Cook is going to hit the road pretty hard starting at the end of March with most of the dates coming in April and June and a few in June.

Cook has not disappointed before, so let's hope the same can be said for "Welder."