Shooter Jennings done it his way

One thing seems sure about Shooter Jennings - he sure has done it his way. He is doing something different on his new disc, "Black Ribbons," which he does with a backing band Hierophant instead of The 357s. 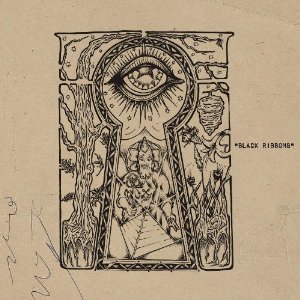 It's not the country and rock kind of sound that he has previously done. Instead, it's more of a rock, concept disc. The album features dialogue written by horror author Stephen King, who also narrates the disc.

Jennings, 30, told Randy Lewis of The Los Angeles Times "When I started doing this record, I was in a place where I had left my label, left my management I had down there in Nashville, and felt like I was at rock bottom."

Jennings said in the studio of the hilltop home above West Hollywood he shares with his fiance, actress Drea De Matteo, and their 2-year-old daughter, Alabama, "I was feeling pretty voiceless, and depressed...At this point I'm thinking no one's going to buy my records anyway, and I just wanted to do something that was really fun and different and exciting."

Jennings will be heading out on the road with hard rocking Alice in Chains, not the typical tour for someone with Jennings' background. The fun starts April 6 in Fayetteville, Ark., and ending April 28 in Chattanooga, Tenn. Jennings and his band will also hi Coachella in Indio, Calif., on April 17.

Jennings definitely marched to his own beat.