Billy Ray Cyrus certainly had country credentials. He earned them more so as his career went along with his material coming more from the heart than the cash register as time marched on. 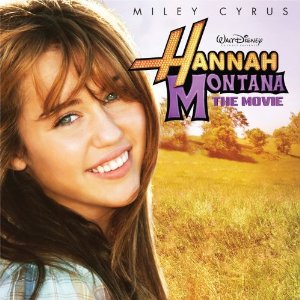 As for his more famous daughter, Miley, it's not so clear that she ever had all that much to do with country even though she did make the country charts on her own with the single The Climb and the CD "Hannah Montana: The Movie Soundtrack." But remember, country (or any genre) is what you say it is. So, the folks at her label figured they could market her music as country and did so. It didn't sound very country to these ears.

But Cyrus' days with country seem about over.

Cyrus did an interview with Parade, where she makes it pretty ultra clear that she wants to steer clear of the genre.

In the interview, Cyrus, an articulate 17 year old, said, "It scares me, that's why. It feels contrived on so many levels. Unless you're wearing a cowboy hat and cowboy boots and singing and whining about your girlfriend or boyfriend leaving you,m it's not going to sell. I think that's why my dad finally got out of it. You have to wear those cowboy boots and be sweet as pie. It makes me nervous, the politics of it all."

She sure has learned her lesson at an early age and not a bad one at that. Even some of the drinking and outlaw songs sound awfully contrived these days. But it looks like Miley is going onto other things. Give her credit for calling it - right or wrong - like she sees it.