Easton Corbin has received praise for his debut disc, which contains the title track, A Little More Country Than That. And it hasn't done too badly on the sales chart either, wracking up 43,000 units gone in the first week when released earlier this month. 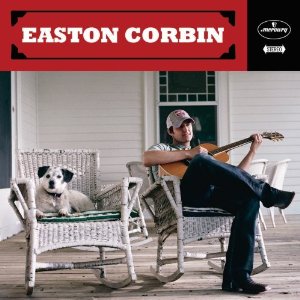 But the George Strait sound-alike can't quite get the respect he may deserve. At least, that's according to a Cindy Watts blog post in The Tennessean.

Corbin went to the Wal-Mart near his home when the CD first went on sale at midnight on March 2. The story said he was the first in line. I must say that while it's understandably cool to see your CD in a record store (especially these days), it's kind of hard to understand why a singer would want to buy his own album. Well, actually, of course, Alice Cooper did that with one of his albums to help post huge sales in its first week out, but we suspect that's not what was at play here.

Corbin went with a video camera to capture the experience of buying his first CD. The video is on the Tennessean web site, but not overly exciting, more like a set-up promo gimmick than reality. The story said that Corbin encountered only one problem - the Wal-Mart had yet to stock the CD.

Corbin went to a worker to ask about the CD. According to Watts, Corbin was "told workers had been too busy to unpack them and stock the shelves. The employee then went to the back and found the CDs for him. When she returned, Corbin asked if the employee knew the man on the cover."

"She said, 'Yeah, it's you,' " Corbin said. "I guess they get singers coming in their store to buy their CDs all the time. It was a cool experience, though, to get out there and see my face on the shelf. Heck, I understand (why she was impatient). It was 12 o'clock at night and she had a lot of stock to put out."

The guy just can't get no respect.