Mindy McCready does it all the time

It's rather hard to believe that Mindy McCready can once again be the subject of negative news, but here she is, just days after the release of her first album in eight years, appropriately titled "I'm Still Here," and what happens? 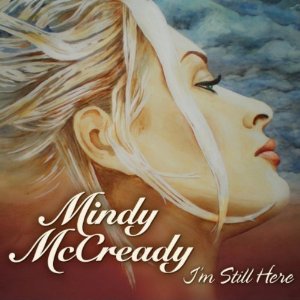 As everyone knows, McCready certainly is no stranger to hard times. That was the case despite or maybe because of the early success she had in her career with hits like Ten Thousand Angels and Guys Do It All The Time. But that was way way way back in 1996 and 1997 when her first 4 singles went top 20, and life has been none too pleasant for McCready since.

Her career went on the wane with the hits not coming much at all. After 2 more singles that were in the top 30 in 1997 and 1998, McCready never did that well again and has not charted since 2002.

Then there the myriad problems including a bad relationship with her mother, who called the police against her; bad boyfriends, arrests, probation violations, suicide attempts, having a child.

McCready's life was the definition of a train wreck and seemingly going in one direction. She is trying to resuscitate it with her new disc, and the Floridian still has some vocal chops. Not a bad album at all. She also has been on the TV "reality" show, "Celebrity Rehab" with the good Dr. Drew.

But there's McCready once again in the thick of a tempest whether she wanted to, or presumably not. Hopefully, for her sake, she has a good lawyer, who's going to try and ensure that the tapes never see the light of day. Her lawyer, Adam Dread, said, ""We are not aware of the production or release of the alleged film that seems to have surfaced via various media reports. However, we can confirm that any illegally- obtained property, and/or fabricated footage, and the release thereof, will be dealt with swiftly following proper legal procedure."

Vivid supposedly has not provided proof of distribution rights and/or ownership of the tapes. McCready reportedly claimed the tape was stolen from her three years ago. There's a part to all of this that seems like McCready's lawyer is questioning whether the tapes are, in fact, real, while at the same time claiming they were "never intended for sale or public distribution." The latter doesn't exactly sound like a denial that the tapes exist, although that doesn't mean Vivid has the real tapes should they exist.

McCready has made more bad choices than seems humanly possible. For her sake - and maybe ours because frankly the negativity surrounding McCready and her sordid life is a bit of a broken record and tiresome at some level (at another level, how could one ever wish something so bad against someone) - let's hope that she was not even in these tapes and had nothing to do with them. McCready better start making some good choices in her life. America is all about second chances, but it's hard to believe that McCready would get much more than that.