What the heck did Willlie do?

It's not a case of what would Willie do to guide us through life = if we want his kind of lifestyle it's more like what the hell did Willie do?

In case you don't recognize Willie, forget about his long ponytails. They are gone, courtesy of a stay in Hawaii. While there, Nelson decided to get rid of his braids. At 77, he's going for amore youthful look perhaps. 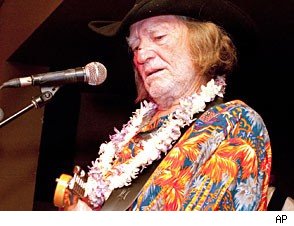 According to his publicist, he was getting tired of the hair and obviously went for something different. This comes as quite a surprise and apparently was due a lot of news coverage also. NPR had a segment about the shorning of the hair among many other outlets.

Hey, maybe Willie could also stop focusing on the past musically and start playing newer songs. Things do change, don't they