Here's a band that sticks up for its roots - Los Lobos.

The East Los Angeles quintet, which includes four musicians of Mexican descent, made the decision to cancel an Arizona show because of the recently enacted immigration law. 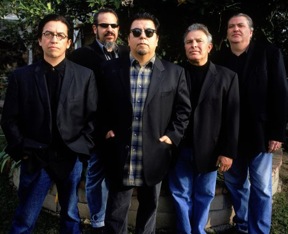 The controversial law, signed into law by Gov. Jan Brewer in April, would allow police to detain any person suspected of being an illegal immigrant in the U.S. The law has set off an outcry with people on both sides of the issue.

For Los Lobos, the decision to cancel a show at The Talking Stick Resort on June 10 apparently was clear cut. In a statement issued today, the band said, "We support the boycott of Arizona. The new law will inevitably lead to unfair racial profiling and possible abuse of people who just happen to look Latino. As a result, in good conscience, we could not see ourselves performing in Arizona. We regret the inconvenience this may have caused the Salt River Pima Maricopa Indian Community, Casino Arizona, Talking Stick Resort and our fans, but we feel strongly that it is the right thing to do."

I applaud the decision by Los Lobos to stand for what they believe in. Casino gigs typically are very good money, but the band decided that did not matter. Unfortunately, their fans - including presumably many Latinos in Arizona - will be unable to hear this very fine group perform.

The members of Los Lobos are Steve Berlin, David Hidalgo, Conrad Lozano, Cesar Rosas and Louie Perez. Berlin is Jewish, while the others are Mexican.

It is easy to see how the law would allow police - though perhaps hard for some to believe - to take advantage of immigrants of color and willy-nilly harass them as well. Hopefully, the law will be declared unconstitutional, but until then, groups in the roots, bluegrass and country communities should feel free to take a stance that speaks volumes about how they feel about the issue even at the risk of foregoing the almighty dollar.