Jaron Lowenstein's prayers have been met

When we last heard from Evan Lowenstein, he was one-half of Evan and Jaron. In that lifetime, they were an Atlanta-bred pop duo - twins, who had a hit with Crazy For this Girl back in 2000.

That was by far their biggest hit. They took four years to release another disc, "Half Dozen," and then took an even longer break. 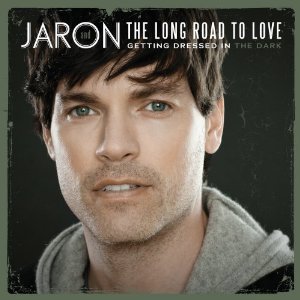 Jaron was ready to jump back into the musical fray, but not his brother, so the result was "Getting Dressed in the Dark" by Jaron and the Long Road to Love. Although it may sound like the name of a band, this is really Jaron with the rest of the title being where he's at in his head.

Lowenstein has a hit on his hands with the first single Pray For You. It's a bit soulful especially with the organ at the outset. The song is about a guy looking to get back at his ex. So, his prayers are not exactly of the positive, uplifting type. Neither is the jocular video with Jamie Pressley, which Lowenstein referred to as a "really dark comedy" in a CMT interview.

Not a bad song, and like the rest of the disc, not hard core country. You could hear the likes of Rascal Flatts and Keith Urban singing a number of these songs, which, to Lowenstein's credit, he wrote (some with a co-writer).

One of the ironic twists about Pray for You are the lyrics. Lowenstein came up with the song with Joel Brentlinger and sings, " I haven't been to church since I don't remember when/ Things were going great til they fell apart again / So I listened to the preacher as he told me what to do/ He said you can't go hatin' others who have done wrong to you/ Sometimes we get angry but we must not condemn/ Let the good Lord do his job, you just pray for them."

Chances are that the lyrics are not based on a sense of reality - at least not the part about the preacher. Lowenstein is an extreme rarity in country music - a Jewish performer. In fact, about the only other ones I can think of at this point are Ray Benson of Asleep at the Wheel and Kinky Friedman (the latter did have some non-Jewish beliefs awhile back, but Lord knows where Kinky's at these days). And not only is Lowenstein Jewish, last I heard (okay, that was about five or six years ago), he is Orthodox, meaning that he wouldn't be hanging out at church all that often (actually most all Jews don't).

It sure seems more than a bit odd, therefore, to reference church and a preacher.

Going for the church references continues with the stanza "I'm really glad I found my way to church / Cause I'm already feelin' better and I thank God for the words / Yeah, I'm gonna take the high road and do what the preacher told me to do / You keep messin' up, and I'll keep prayin' for you."

Why would or should Lowenstein cater to the church goers (even though his prayers are on the decidedly negative side, of course) when that is not something that is part and parcel of his life in any form? Why include a Christian element to his music when he presumably has nothing to do with that setting?

Now, it's not like Lowenstein's going to start singing about going to synagogue to country folks. A singer doesn't need to live every part of what he or she sings about, but the subject matter of this one just seems in sharp contrast to Lowenstein's reality.

On the commercial side, Lowenstein's prayers may just have been met by the Good Lord. Life is good Jaron and the Long Road to Love.