A number of people making a go of it in other fields have done country music in recent years. Earlier this year, Laura Bell Bundy released her debut disc after gaining acclaim as a Broadway actress. She has gotten airplay and press for her single Giddy on Up. 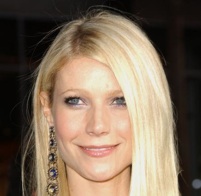 When you listen to the new version of Country Strong, (you can listen to it on The Boot) chances are listeners will be extremely hard pressed to identify the singer. But, yep, that's Gwyneth Paltrow going country. Lest you think she's given up on acting (far from it fortunately), Paltrow is singing the song from the upcoming movie of the same name.

In the movie, Paltrow plays a down-and-out country singer trying to make a comeback with the help of a male singer she met in rehab. Tim McGraw plays her husband/manager in the flick filmed in the Nashville area. The movie opens Dec. 22.

The good news is that Paltrow can sing. She carries the tune very well with some power in her voice. Credit also goes to the producer (whoever he or she may be) for keeping a country beat to the song as well. Vince Gill and Patty Griffin help out on backing vocals, but they don't overwhelm Paltrow at all. And to her credit, Paltrow doesn't overdo it by going twangy with her voice.

She doesn't have the most dynamic set of vocal cords - no she does not have the range of say Faith Hill or Carrie Underwood, but she can more than carry the tune penned by Mark Nesler, Tony Martin and Jennifer Hanson. The song also was recorded by bluegrass singer Carrie Hassler of Carrie Hassler And Hard Rain fame. Hassler keeps the song country on her "CHHR2" disc and does a fine job as well.

This is not the first time Paltrow has released a song. She recorded a song with Huey Lewis back in 2000, Cruisin', a Smokey Robinson number.

Paltrow apparently enjoyed her time in Nashville while filming the movie. But she spends her time in London with husband Chris Martin, who happens to be the lead singer of Coldplay. He also taught her how to play guitar for the movie.

Paltrow deserves much credit for delivering a credible country song. It makes me look forward to the soundtrack coming out in late October.