The good news is that after many decades as sisters, Shelby Lynne (below left) and Allison Moorer (below right), are going to be doing something new together for the first time - they're going to tour. 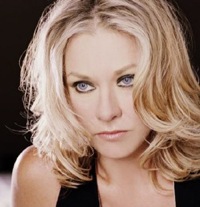 The bad news - sorry fans, but it's only for four shows one at Hardly Strictly Bluegrass in San Francisco, one in Tarrytown, N.Y, another in Alexandria, Va. and a fourth in their native state of Alabama.

One would hope for more shows than these four, but Lynne's publicist said Tuesday that this was it for now.

Neither has quite hit the big time, but both have accumulated a lot of respect and admiration in musical circles for their various releases over the years.

Moorer is no stranger to touring with family because that's something she has done with her hubby Steve Earle. I guess that beggars can't be choosey and we should be thankful that they are even doing these four shows.

Who knows? Maybe these four will go so well that the sisters will embrace the concept.

Please send your comments to countryst@gmail.com, and I'll post them.