To say life has been good for Taylor Swift would be a huge understatement. She probably could not have wished for much more out of the release of "Speak Now," her fourth disc, which came out last week. 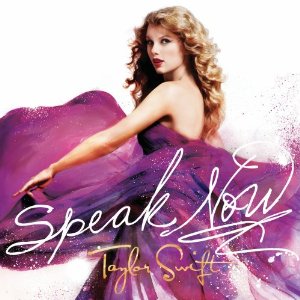 To no big surprise, the release, which has garnered probably the best reviews of her career, is a huge seller. In fact, "Speak Now" sold more than 1 million units (1,046,718 to be exact). That's no small feat in these days of terrible CD sales. "Speak Now" is the first CD to sell more than a million much since June 2008 when Lil Wayne turned the trick.

The disc is the biggest debuting country studio album in history. "Speak Now" was not the biggest selling country CD, though. That honor belongs to Garth Brooks for 1998's "Double Live."

To show how dominating Swift was, "Speak Now" accounted for 18 percent of total albums sold this week, setting a new record for percentage of total sales in a single week. One out of every five CDs or download sales this week was "Speak Now."

With 278,000 digital albums sold, Swift broke her own record for most country digital albums sold in 1 week (set by 2008's "Fearless" album), and "Speak Now" marked the largest debut album release total (all genres) at Target in the history of the retail chain. "Speak Now" reached the iTunes number 1 album position (all genres) within an hour of its release on Oct. 25.

Swift plans to tour in support of "Speak Now" and is currently slated to play 85 shows in 18 countries in 2011. The show starts in Asia in February and hits Europe in March. No U.S. dates have been set.

Let's face it - Swift and/or the people who advise her are no dummies. She manufactured (that should not be taken as a negative as those seeking/needing publicity need to figure out how to make a splash and generate coverage) some very smart marketing efforts. Among them were playing five songs at Jet Blue's facilities at a New York airport, taking a flight to LA with her fans and even performing for them on the plane and taking questions. She also played an "impromptu" gig in LA.

A Scholastic 90th Anniversary Literacy Event, "Read With Taylor Swift," included a performance and a Q&A aired in 25,000 classrooms, reaching about1 million school children. She also hooked up with Target to launch a $7 million TV campaign. The price was an exclusive Target album.

While nominally a country artist, Swift goes for a pop sound on "Speak Now." The benefit is that she has gone far far beyond country from a commercially popular standpoint. That's partly what enables her to go to Asia and Europe, territory very U.S. artists ever consider. She has been to Australia previously and England as well, setting the stage for her future career moves.

Swift also has built her career on reaching out to her fans (she was considered the first country artist to firmly take advantage of the digital world) and is no different here. That's exactly what she did. As she wrote today on her Facebook page, "I... Can't... Believe... This... You guys have absolutely lit up my world. Thank you." Fans take these words to heart. No doubt about that.