It's time to play prognosticator, something I don't tend to do very much. So with the Country Music Association awards happening tomorrow night, let's take a stab at some of the awards.

The Vocal Group Award honor will be from among Zac Brown Band, Little Big Town, Rascal Flatts and The Band Perry. Forget about BGP - not that their CD was bad - it wasn't (well actually it wasn't even released in time for the awards nominations), but they have less than zero chance here. Rascal Flatts' biggest news was switching labels to Big Machine, which may boost their career more than the late Lyric Street Records label was able to do. The trio did well with "Unstoppable," thanks to 3 singles in the top 7 and another went top 20, but there just doesn't seem to be a lot of momentum around these guys. Little Big Town reinvigorated their career with a strong, poppy new disc, but ZBB is heads and shoulders above the others. They've been on a roll with lots of hits, hit albums and managing to avoid overexposure somehow. 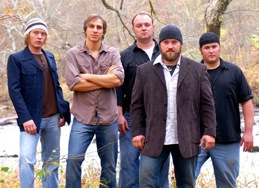 The New Artist Award always and I mean (almost) always truly perplexes me. This year is not going to be any different. In a fair world, the only artists who should be eligible are Easton Corbin, who has had a great run with several hit singles, and Jerrod Niemann with a chart topper to his credit. Luke Bryan just stepped into the studio to record his third CD, and his first two did just fine, thank you. Chris Young's on his second disc also after a dismal debut in terms of recognition. Zac Brown Band just released their third major label CD if you include live discs.

Why do they always do this to us? Why do they make us think real hard and long if artist x should be up for the new artist award? With all this said, how could you deny Zac Brown Band? The Georgians have made the greatest impact with lots of hits and an easy-going sound, going well beyond strictly a country crowd.

One suspects that Brooks & Dunn will close out their career with the Vocal Duo Award. They should face competition only from Sugarland, although it's hard to understand sometimes what Sugarland is doing these days at a country event. Steel Magnolia has zero chance - kind of hard when you haven't even released an album. Montgomery Gentry? Not sure they did so much this year to deserve the honor except leave their label. Joey + Rory has a real good act two fine albums under their belt, but they just aren't going to be compete with Brooks & Dunn and Sugarland.

For those who held out hope I might make picks for best radio stations and personalities, forget it. I don't spend my time listening to these (or much of any) broadcasters on the internet. No negativity here on my part. I just don't. Sorry.

Whether you agree or not (either way is fine with me), let me know how you really feel. Please send comments to countryst@gmail.com

That's it for now. More to come with more (or less) thoughts about other awards slated to be handed out Wednesday night. Better get moving on my thinking because the clock is ticking.