Figuring out who may win Country Music Association awards is never easy. Some of the categories are far easier - you know Steel Magnolia is not going to win the Vocal Duo Award. Ditto for all those years the Warren Brothers were nominated for awards. It just wasn't going to happen. No way. No how.

So with the Male Vocalist category, it's not so simple. I mean Kenny Chesney wasn't even nominated. Nor Toby Keith, a guy the awards shows love to hate. Instead, you get to pick from among Keith Urban, George Strait, Blake Shelton, Brad Paisley and Dierks Bentley. 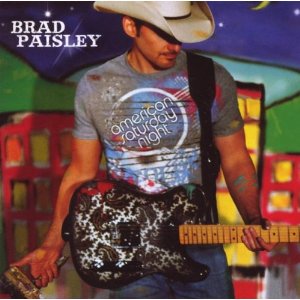 For various reasons, all may be deserving. Dark horses would tend to be Shelton and Bentley. Shelton is coming off the best year of his career with two EPs released as he served as the guinea pig in country pretty much for that idea. He enjoyed a few hit singles, particularly Hillbilly Bone with Trace Adkins and stayed in the public country eye a lot in part thanks to his engagement to Miranda Lambert. Shelton's problem is the competition.

Ditto for Bentley. Great album with "Up on the Ridge." It's lively, enjoyable and worked extremely well live as well. Bentley is no dabbler in bluegrass - he has played it for awhile, enjoyed it and deserves much credit for bringing it to his audiences.

It gets really tough after that. Urban has a lot of cred for his guitar playing. He also had tremendous chart success with "Defying Gravity." He released five singles and had two number ones, a number two and two number threes. Not shabby at all.

Strait released a great album with "Twang," although he did not quite achieve the singles success of Urban. But Strait has been a mainstay for traditional country for years. He's a no frills kind of guy and just keeps putting out a lot of fine music. What separated "Twang" from other efforts is that this disc was very very deep in quality.

But give this award to Brad Paisley, who is co-hosting the show (that's not why he should win it). "American Saturday Night" was my favorite disc of 2009. It got topical with Welcome to the Future, something few country acts do these days. Paisley, of course, is an excellent guitar player, funny and a presence. Having four hits from the CD didn't hurt either including the title track.

Paisley is the complete package from writing to playing to singing to entertaining. Give the Male Vocalist award to Paisley.