With Jackson, McGraw, Shelton, are greatest hits so great?

Greatest hits packages are always a part of the musical scene during the holiday period. They make good gifts. Well, they used to when people bought music.

But that didn't stop at least three greatest hits packages coming out this season - Tim McGraw released "Number One Hits." Alan Jackson was out with "34 Number Ones," while Blake Shelton released "Loaded" The Best of Blake Shelton." 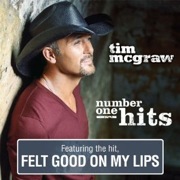 I have grown to like Tim McGraw more over the years as he forged his own identity and did things his own way. That became clear when he used his backing band the Dancehall Doctors to record his music and do it outside of Nashville. So, it is disappointing that McGraw now has four greatest hits type releases out in his career. Don't blame McGraw, however. He sure didn't want his last such disc out a few years ago, favoring new music instead. But his label, Curb, called the shots, much to his dismay.

On "Number One Hits," a few different songs are added - mainly Felt Good On My Lips as it's hard to count Indian Outlaw (Dance Mix) as particularly new. The effort just leaves you flat when it just seems all about the money. There's no effort by Curb to provide context for the music. It's also hard to believe that McGraw was all that excited about this release as well.

As for Jackson, he also already as released a bunch of greatest hits types albums. Like McGraw, "34 Number Ones" is an attempt to cash in on his 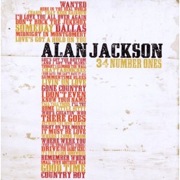 past. He has three new songs here, including a good, not great version of Ring of Fire. It's awfully hard to outdo the Man in Black when it comes to this huge chestnut. But at least Jackson has the country cred to try. Of course, the music here is just great.

Jackson has been one of my favorites for along time. He is not some guy who's going to dangle from a rope and give you a lot of flash in concert. He just gets up there, sings his heartfelt songs and has some thoughts about what makes the country tick without getting overtly political. If looking for one greatest hits collection from AJ, this is probably it, but it's also hard to get overly keyed up if you have all of his music.

That leaves Shelton. After 10 years, this is his first greatest hits CD and contains 15 songs. No doubt about it - his material is not as strong by any stretch as Jackson or McGraw, but at least he's not overloading the greatest hits market. In fact, "Loaded" may provide a good intro to the Okie, 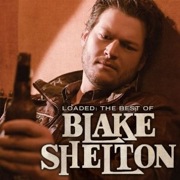 who seems to have moved his career along quite a lot this year with a few six-song EPs and an engagement to the rising Miranda Lambert (how about a duets album from them? They could pull it off and do something unheard of these days).

Shelton has had some musical ups and downs like most artists, but this disc, which has no new songs, gives a good overview of his career. Of the three, it's the only one to give background to the songs, so kudos there as well.

It's hard to be a huge fan of such releases that are intended to add to the bottom line of record companies (something more understandable these days). Caveat emptor with these three.