Looking back and a bit forward

In looking back at 2010, the good news was that Lady Antebellum and Taylor Swift had the second and third best selling CDs of any genre.

The bad news was that once again it was another bad year for the music industry sales-wise.

Lady A's "Need You Now" was the second best selling CD in the U.S. behind Eminem's "Recovery." Lady Antebellum, which sold 3.09 million (Em sold 3.42 million), had almost a full year to enjoy the CD sales because it came out in January 2010. The trio benefitted from a bunch of hit singles, even though the album itself was a mixed bag. 2010 was a huge year for Lady A replete with a headlining tour this past fall. 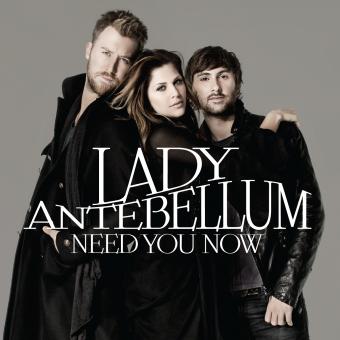 As for Swift, she would have been number one no doubt, but "Speak Now" didn't drop until late October. Still, Swift enjoyed the number 3 spot with 2.96 million sold. Swift easily would have been top dog if the disc, which has generated very positive reviews, was released a few months earlier in the year.

They were the only CDs from the country side in the top 10.

As for the bad news, it seems like country sales were not too swift. I don't have exact figures, but that's the word from country business insider, Music Row magazine.

Overall, sales of albums in the U.S. slid down another 12.8 percent in '10 to 326.2 million. Last year, sales were just under 374 million. It's hard to believe how bad things have gotten, but the news doesn't seem too much better in the weeks ahead because sales for the week after Xmas were down eight percent.

And the only release from a big time artist into April at this point seems to be Brad Paisley. Of course, Shania Twain could be looming on the horizon for those whose idea of country is pop.

It's hard to get overly excited about the success of Lady Antebellum and Taylor Swift given the overall year that it was but hey, give credit where it's due (even if not all of the music was so great). And while I hate to be a Debbie Downer, it's hard to think it's going to change in 2011, but here's hoping anyway.