"Country Strong" may not live up to its name at the box office.

Reviews are in from the Washington Post, Boston Globe and New York Times. The news is not very good. The problem seems to be the story itself. As Rotten Tomatoes said," The cast gives it their all, and Paltrow handles her songs with aplomb, but Country Strong's cliched, disjointed screenplay hits too many bum notes." Audiences tend to be kinder, but only 50 percent liked the movie, according to Rotten Tomatoes. 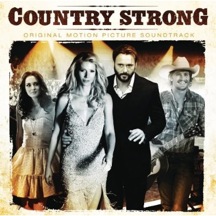 As one of the reviews said - and I will readily admit that I have not seen the movie yet - the movie smacks of being ready for lifetime TV, not the silver screen. Too bad because Gwyneth Paltrow, of course, is such a great actress. Leigh Meester received positive reviews as a competing country singer. Tim McGraw also earned positives, although his role was more in the background. It doesn't seem like taking this role has done McGraw harm to his acting career. In fact, it's been on the upswing thanks to "The Blind Side."

Chances are that Paltrow won't suffer so much either. In fact, Paltrow, of course, received a lot of attention for singing the songs in the movie. She's not a natural born singer, but she does a good job on the title track among other songs she sang on the soundtrack.

But the likelihood is that the movie will not be some sort of big boon for country music. The soundtrack will live on - and the music is very good and on the traditional side - but better hurry fast to your local movie theatre if you want to see "Country Strong" because, well, frankly, the reviews say it isn't.