What? You didn't know Sunny Sweeney released an EP?

The news that Sunny Sweeney released a five-song EP on Tuesday, simply called "EP," came out of the blue. But it seems to be a puzzling trend among record labels these days. 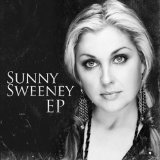 Sweeney has been a favorite of mine for awhile. I thoroughly enjoyed her Texas honky tonk music that she put on her own before signing with Big Machine Records, which put out her first a major label CD, "Heartbreaker's Hall of Fame" in 2007. The disc didn't do too much. Sweeney shifted over to Republic Nashville and now has enjoyed success with the hit single From a Table Away.

At an appearance in Boston in early December, she told me that she was looking to have a full-length CD out sometime early this year. She made no mention of an EP or a Jan. 18 release.

Neither did anyone at her label. In fact, the first I heard of it was a press release a few days ago with the word about the EP. When asked how long ago it had been announced - afraid that I had missed something - I was told this was the announcement.

Sweeney was not the first, not probably the last, country act (this practice is probably not limited to country music) to have a CD out with zero fanfare.

Jonathan Singleton and the Grove released a five-song EP last year as did Ashley Ray. Josh Kelley put out three songs a few weeks ago. Blake Shelton put out two six-song EPs in 2010, but believe me we knew about it. He's an established artist, and Warner wasn't about to let these go unnoticed. In fact, they made it a major marketing effort to see if people would buy a six-song EP, allowing them to put out more music, although at a lesser cost.

Eric Church, a guy who's enjoyed commercial success with his first two CDs, put out a four-song EP, "Caldwell County," Tuesday. No notice about that either.

Chances are that not too many folks heard about Singleton, Ray or Kelley's releases or even knew of Singleton or Ray. In the days of yesteryear, the labels would make a big push and alert the press via press release after press release that so and so was putting out music. The idea was to get the word out often and loud.

I'm not exactly why that practice has changed. In fact, one would think that publicity is needed now more than ever. Sales are down every single year. This week, overall music sales were down 15 percent compared to the same timeframe of 2010.

What's the point of putting out music if no one even knows about? This is a real head scratcher. None of these EPs have done much sales-wise, although Blake Shelton's six-pack did (of course, Warner did not want you to think it was an EP, which apparently lesser value. They were falsely calling it a CD). He certainly is a well-known artist though.

Let's hope the record labels get their acts together and start making an effort to publicize some of their lesser known artists and give them a fair shake. It's hard enough out there in the music business for new artists.