I had the pleasure of seeing Charlie Louvin a few years ago when he was on tour opening for the Old 97's. It was a different kind of crowd than what Louvin probably was used to, but he just went about his business playing his music the way he wanted. 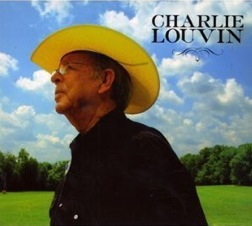 Louvin, who did a lot of murder ballads and spiritual songs, even played Bonnaroo, a testament to his coolness. In 2001, The Louvin Brothers were inducted into the Country Music Hall of Fame. He influenced a slew of acts ranging from The Byrds to Emmylou Harris to Marty Stuart.

The last few years of his life led to a recording resurgence. He released 2 discs in 2008 and 1 this past fall. His voice was weathered, but it was good to see him still active in putting out music and even doing a slew of live dates. Who knows? Maybe that's what kept him going and alive.

As he told Brian Baker of Country Standard Time in a 2008 story, "It's been a great experience for me. I'm blessed with good health, and if I don't get out there while I've still got my health and can sing on key, then I'm lazy, and Lord knows I'm not that."

So, I can't claim to have a relationship with Louvin, but a few pieces I have found in the past few days sum up what made Louvin so great both with his brother Ira and on his own, which was most of his recording career.

Lucinda Williams told Lewis her thoughts: "I got word of Charlie Louvin's passing today, which is also my birthday. Losing Charlie means that we have lost one of the last of the founding fathers of honest-to-god country music. Charlie was a legend as one half of the Louvin Brothers and left a deep impression on me. I had the honor of working with him in the studio and touring with him. "Every show would end with the two of us trading out verses on his song, 'When I Stop Dreaming' followed by my song 'Get Right With God,'" Williams wrote in her e-mail, "Charlie loved that song and he loved to dance and as the band rocked out, he would grab my arms and spin me around."

"Charlie was eternally youthful, full of spitfire, vim and vigor and, like Hank Williams, was a true punk, in the best sense of the word. We will miss Charlie but like he said, shortly before he left us, 'I'm ready to go home.'"

Emmylou Harris was very much influenced by the Louvins, a point made clear in a Peter Cooper story in the Tennessean: "He really changed the world of music, Charlie did. I know that for me, hearing The Louvin Brothers brought me that fierce love of harmony. And after The Louvin Brothers, Charlie kept on going for so many years."

He sure did, and it's to his credit and to our good fortune that he did. At least, his spirit and music will live on forever.