Rascal Flatts is not my favorite band by any stretch. I'll make that clear from the get go. My problem is that they're not exactly very country by my definition of country music.

I've seen them in concert mainly because my then teenage daughter wanted to go, and I remember thinking that this was a rock show, not a country concert.

However, I think that a major injustice has been done to the trio. Can anyone possibly explain how they were not nominated for the Top Vocal Group award at the Academy of Country Music nominations announced Tuesday. 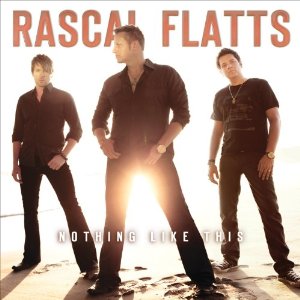 No one could argue, of course, with the nominations of Lady Antebellum, who will probably win, Little Big Town and Zac Brown Band. I could see how The Band Perry would be nominated, although I fail to see how they could get it over Rascal Flatts. I mean, TBP have had one huge single (If I Die Young) and just released their full-length CD in October. Okay, at least they have gained some traction, but I still don't understand how they could get a nod ahead of Rascal Flatts. TBP seem to be a band that is happening, although that should not lead to a nomination.

Which leaves us to the fifth nominee - the Randy Rogers Band. Now, I have nothing against the roots rockers at all. I've enjoyed their albums, including "Burning the Day," which came out in August 2010. I've seen Rogers live and liked him in concert. I'm just wondering what it is they have done to deserve the nomination ahead of Rascal Flatts, which has been very active in the past year with touring and an album out in November. The RRB CD was good musically, but certainly not over the top. But to say that they're more deserving of a nomination the boys from Flatts?

Don't, of course, blame the other bands, including RRB, for being nominated. More power to them. I just don't get how the decision was made.

Rascal Flatts' Jay DeMarcus tweeted fans today, "Thanks for your support y'all... It is disappointing but congrats to all the nominees! We r just gonna keep on making music!!"

Frankly, if I were Rascal Flatts, I'd ask for a recount. Or better yet...react the same way I do to almost all of these awards shows. They don't mean all that much, and this only goes to prove it.