2010 may have been a bad year for the music industry, but that doesn't mean the music released was suffering in quality.

Here goes with our version of the top 10 of 2010 - actually, it's a top 33. Remember that this is not definitive, but just one person's opinion, not any sort of poll or exact science. So, for better or worse, here is my best of 2010. 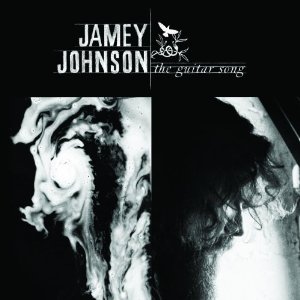 1) Jamey Johnson - The Guitar Song (Universal). The burly looking mountain man makes music that stands tall also for two discs worth. Johnson has the Waylon influence down pat. His vocals stand out, and his world is not a happy one. That's okay because at least it sure made for a great batch of music.

2) Dierks Bentley - Up on the Ridge (Capitol Nashville) Bentley deserves tremendous credit for having the courage to take a musical left turn on this bluegrassy-based disc. Bentley is not a newcomer to bluegrass, and he proves that time and again.

3) Taylor Swift - Speak Now (Big Machine) A big step up for superstar Taylor Swift. She continues to write well, but it's her vocals that are vastly improved. There's a lot to like here. A major step forward.

4) Gary Allan - Get off the Pain (MCA). Allan's always owned a great, expressive voice filled with timbre, cracks and a lot of heartache,. Lord knows, he's lived it.

5) Robert Plant - Band of Joy (Rounder) Alison Krauss may not be around this time to help, but that doesn't mean Plant is lost. The songs are a bit denser this time, but with an ace band, Plant is commended for going rootsy again.

6) Marty Stuart - Ghost Train The Studio B Sessions (Sugar Hill) Stuart continues showing he remains the real deal. The cool cat demonstrates his love of Country Music over and over from uptempo (Branded) to ballads (Drifting Apart).

7) The SteelDrivers - Reckless (Rounder) Unfortunately this is the last disc of the driving bluegrass band with Chris Stapleton on lead vocals. He's one of the best vocalists out there and uses that instrument to great advantage on a disc with excellent songs as well. The band is two for two.

8) The Grascals - The Famous Lefty Flynn's (Rounder) Swan song for label is lively, fast bluegrass with country mixed in. Great cover of Last Train to Clarksville - one of many excellent songs.

9) Joey + Rory - Album Number Two (Sugar Hill/Vanguard) Funny start with the title track, but a duet album is a rarity, and both can sing. No soph slump at all.

10) Elizabeth Cook - Welder (31 Tigers) Cook got a great country voice, sexy and sassy from the sad (Heroin Addict Sister) to the humorous (Yes to Booty).

11) Johnny Cash - American VI: Ain't No Grave (American) Cash keeps coming back from the grave with more credible music. Yes, his voice is worn a bit, but it's also very much from the heart. Way to go Rick Rubin.

12) Justin Townes Earle - Harlem River Blues (Bloodshot) Earle gets better and better with each album. He no longer even needs to be referred to as "the son of." Let's hope he keeps his head on straight.

14) Raul Malo - Sinners & Saints (Fantasy) New songs finally from Malo. As usual, he doesn't disappoint. One of the greatest voices out there.

15) Tift Merritt - See You on the Moon (Concord). The diminutive Merritt is always a pleasure with her soft, vulnerable, expressive voice. She mixes it up here to good effect. Yet, one more winner on planet Earth.

16) Various Artists - Coal Miner's Daughter A Tribute to Loretta Lynn (Sony) Strong collection with variety from Steve Earle and Allison Moorer (After the Fire Is Gone) to Carrie Underwood (You're Looking at Country). Closes with Loretta, Sheryl Crow and Miranda Lambert on the title track. All good.

17) Alan Jackson - Freight Train (Arista) AJ keeps charging with blue collar themes like Hard Hat And a Hammer and the wonders of love (The Best Keeps Getting Better). Meat and potatoes Jackson, which is far better than most.

18) Mary Chapin Carpenter - The Age of Miracles (Rounder) Carpenter opts for a folkier sound in this welcome return. Still can sound tender and tough.

21) Pokey LaFarge and the South City Three - Riverboat Soul (Trade Root/Free Dirt). The St. Louis band is a throwback to lively old time sounds. Playful and joyful and different than most of what was out there in 2010.

22) Little Big Town - The Reason Why (Capitol Nashville) A very solid disc of Fleetwood Mac-inspired music from the quartet. Lovely harmonies throughout.

23) Peter Rowan - Legacy (Compass) Rowan has a lot to say as he ages in stretching it his vision of bluegrass.

24) The Secret Sisters - The Secret Sisters (Universal Republic) They are called the female Everly Brothers, and it's easy to see why. Add producer T Bone Burnett to the mix, and you end up with an excellent debut. A few more of their own songs, and this would have ranked a lot higher.

25) Peter Cooper - The Lloyd Green Album (Red Beet) Cooper may be better known as a music writer for the Tennessean, but he managed to release two fine CDs. This one is meatier thanks to Green on pedal steel.

26) Hank III - Rebel Within (Sidewalk) He's a rebel and always has been. Fortunately, this is a consistent batch of songs.

27) Various Artists - Country Strong soundtrack (Sony). Surprise of surprises, Gwyneth Paltrow can sing. The movie may not have been too good, but the music sure was.

32) Gretchen Wilson - I Got Your Country Right Here (Redneck) Wilson's out of the major label scene, but maintains her meaty, sometimes tender, voice.

Biggest step forward and she did deserve it: Miranda Lambert. No new release, but "Revolution" continues doing well. Now, if she would be a bit more country and a little less rock...

Big leap forward even though his albums didn't warrant it: Blake Shelton. He put out two EPs and a greatest hits, although not all the material was worthy. He did well when it came to awards though. Hopefully he'll do a duets disc with Miranda, and they'll be the new king and queen.

Most disappointing album: Sugarland - "The Invisible Machine." This is the barest of barely country and unconvincing. How did it make the country charts?

Dumbest single: Walker Hayes single Pants. With the key line of "She can wear the pants / Long as I can take 'em off her," not funny or cute at all. Ouch!

Worst single: Sugarland - Stuck Like Glue. Who suggested that reggae bit? This is so slick and calculated for radio play and bad.

Best mediocre album that was a career changer:Lady Antebellum - "Need You Now." The title track is a great song - full of emotion and wanting, but a lot here is so-so material-wise. That didn't seem to hurt, though, as the trio is now headlining arenas and easily avoided the sophomore slump.

Funniest, smartest song: Joey + Rory Album Number Two, title track of their second disc. Humorous look at the pressures of a follow-up CD with a lot of twang in there.

Group to watch out for in 2011; The Secret Sisters. Great harmonies and songs, but they need more of their own. And they sure do play out.

Sorry to see you go: Cherryholmes. The family breaks up after four albums.