Josh Thompson has it tough

While his home town team was toughing it out in Dallas, what was Josh Thompson doing? Soaking up some sun south of the border. 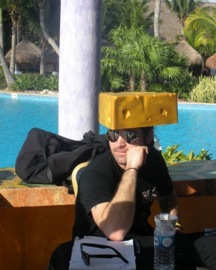 But Thompson still was quite ecstatic about the Green Bay Packers, who defeated the Pittsburgh Steelers 31-25 Sunday, in the Super Bowl.

"When they won, I'm pretty sure I broke the sound barrier," said Thompson. "That was an amazing game, and it's great for Wisconsin."

James Otto also is a big Packers fan. Earlier this season, he sang the National Anthem at a Vikings-Packers only in Minneapolis although he was a Packers fan.