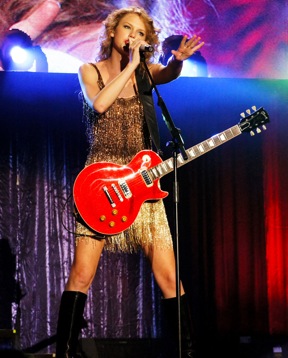 The world domination by Taylor Swift in the flesh has started.

The superstar started her world tour today in not in the likeliest of places - Singapore. I mean, if this were the U.S., maybe it would start in Fargo, N.D. or Albany, N.Y. or some small venue. 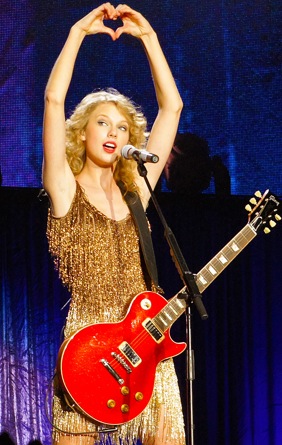 But Swift decided to launch in Asia. Give Swift credit for going where no country star much travels. More and more country acts are going to Australia, for example, which makes a lot of sense. The country has a very longstanding homegrown country music scene - it didn't start with Keith Urban. But last we knew, Singapore wasn't the home to a lot of country music.

She is doing six more shows in Asia, including four in Japan, Philippines and South Korea, before heading to Europe for a series of gigs starting March 6 in Belgium.

Swift will tour throughout March in Europe, take a break and head back out on the road in late May in the U.S.

Swift played a sold-out show for more than 90 minutes in Singapore. We don't have a set list available yet, but obviously she played songs from her various CDs.

Swift played acoustic and electric guitars and ukulele (see photo below) during the show, which featured an acoustic segment in the middle of the field. 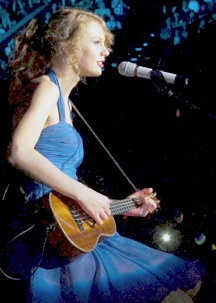 The singer also interacted with fans in the parking lot - some started lining up 24 hours before the show - posing for pictures along the way.

Looks like this is the start of Swift's year of domination.

(All photos are courtesy of 13 Management from the Singapore concert)