The response was quick and direct - The Band Perry is a country band and intends to keep it that way. 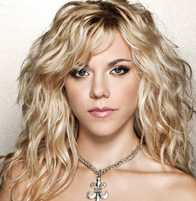 That's what Kimberly Perry - one-third of the successful family group - wrote in response to Friday's blog posting "The Band Perry: You are what you are." The posting resulted from having received a pop version of the big number one hit song If I Die Young, which Kimberly Perry wrote. I commented how the mandolin and fiddle were replaced by guitars, although the two versions were not so drastically different. Realizing the difficult market place these days (although one thing I did not say in the original - and this has zero to do with TBP - the record labels didn't help themselves by price gouging for years on how much they did charge for music), one could understand the vantage point of labels to try to get songs to whatever genres they can.

But I cautioned TBP to be careful about this because of the concern about forgetting your roots.

Kimberly Perry assured us that a lot of thoughts went into making the decision, and she also made it clear that they are a country band.

"Our heart is 100% country...as is our sound," she wrote via email on Friday. "We made a decision to do a pop remix of If I Die Young because of this particular song's transcendent nature."

"Its (sic) a song that's seeming to mean so much to so many different folks, shining a little light in moments of loss. When our label presidents called and asked us our opinion on soliciting a pop mix, we debated pros and cons and ultimately said - if its helping people, let's give it the legs to reach as many ears as possible. We feel like that's the spirit of Country."

"As we often say - we are The Band Perry and we play COUNTRY music. Trust us when we say, its the place we want to be," Perry said.

Fair enough explanation, and it makes sense to me. Personally, I'm glad Kimberly Perry, who wrote this on behalf of brothers Reid and Neil as well, talks about sticking to her country guns. Hopefully, that thinking will guide her and her brothers as they must wrestle with sometimes difficult musical decisions in the future.