I listened to a show on National Public Radio this morning featuring Greg Allman.

Allman was on because he just released his first solo disc in 14 years, the very fine "Low Country Blues." T Bone Burnett produced the music and selected the songs for Allman to sing, and the results were quite good.

Allman was asked during the interview about recording a country album. I had never thought of Allman recording one, but the way things are these days with cross pollination of music, it sure would be easy to easily imagine he could. I mean, the blues and country go together in my mind. 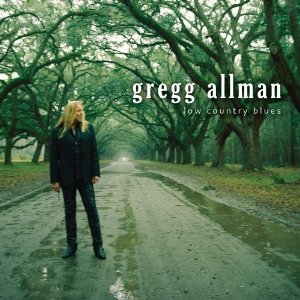 So what did Allman think?

"Quite a few people have approached me about doing a country record," Allman said. "I was born right there in Nashville...If the right kind of country songs were there, I would do it, I would attempt it anyway, but the you know the blues ain't run out yet."

That is definitely true (and maybe the Allmans ought to record some new material also if Allman's words ring true, but somehow the idea of Greg Allman recording a country album sounds fine to me. Go for it.