A matter of time for Shana Twain

Shania Twain has been making the rounds in the wake of her new book, "From This Moment On," her autobiography.

Twain has been absent from the public eye for a few years. That seems largely due to her split from then husband Robert "Mutt" Lange, in a messy divorce. She is now remarried to the ex-husband of the woman with whom Lange allegedly had a relationship. 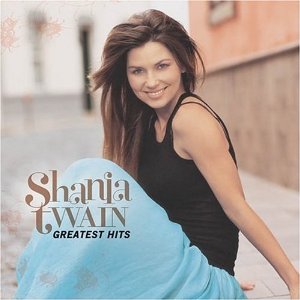 Twain reportedly was doing recording, but thus far no new CD has surfaced since her 2004 "Greatest Hits" CD. For someone as popular as Twain was, it seems rather amazing that she has had a total of only 5 CDs since 1993.

A book and publicity will do a lot for sales though even with no new music out.

Billboard reported today that "Greatest Hits" re-enters at 92 with a 339 percent gain following the release of her book (May 2) and appearances on "The Oprah Winfrey Show" (May 3), NBC's "Today" (May 4) and ABC's "Nightline" (May 5). Twain also was promoting her new OWN show "Why Not?," which premiered on Sunday, May 8. "Greatest Hits" returns Twain to the chart for the first time since May 22, 2010.

Can a new CD be all that far behind?