The expected return of Shania Twain

While Garth Brooks' return is going to happen any year now - that's pretty much a given - it seemed predictable that Shania Twain would re-enter the mainstream also. 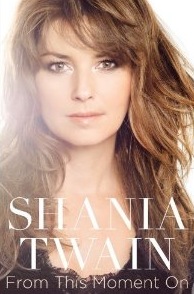 Twain has had her ups and downs with more downs in recent years. After years of success and major tours, Twain seemed to go her own way. She wasn't of Nashville, even if it was Nashville's mainstream pop machine that catapulted her to fame and fortune.

But then her marriage to producer/husband Robert "Mutt" Lange fell apart allegedly over infidelity. Twain also wasn't putting out any music, but then she found love (interestingly enough with the ex-husband of Lange's supposed love interest, who was an aide to the Twain household).

After that travail, it seemed increasingly clear that Twain was heading back towards a public career. She released her autobiography last month and also has a show on the Oprah Winfrey Network about her life.

On Sunday, Twain will unleash her new single, Today Is Your Day - her first in six years - on the final episode of "Why Not? With Shania Twain" at 10 p.m. eastern/Pacific.

No doubt an album will follow, and one would suspect a tour.

What will be interesting is how Twain will be received. In the music biz, six years is a lifetime. Will her fans stick with her?

One suspects Brooks' fans, for example, would show up in a heartbeat. Then again, Brooks has been enough of a public figure through occasional songs and appearances to almost guarantee that. Any time he has concerts - Los Angeles and Nashville, for example, in the wake of natural disasters in recent years - the fans showed up en masse.

Twain has been far more private, living in Switzerland and New Zealand, having a kid, but making sure she was far far away from the limelight. Hopefully - except for the marital problems - she lived the life she wanted to live. She may end up having to pay for that when it comes to her career.

Of course, a hit single or two or a solid disc can change all that.