Yes we did know you are David Nail

David Nail is the focus of my random thoughts. That's because I just came from his headlining gig at a downtown Boston club.

Now, I must say I was a bit surprised to see that Nail was playing Boston proper period, and I give him a lot of credit for doing that. You see, Boston is not a hotbed for drawing mainstream country acts. They tend to go elsewhere - like at the Patriot Place complex in Foxboro, Mass., about 30 miles south and the home of the New England Patriots. Toby Keith just opened a club there, and he's getting some national acts (Ronnie Dunn Chris Young, Frankie Ballard) and Showcase Live has hosted a slew of acts. 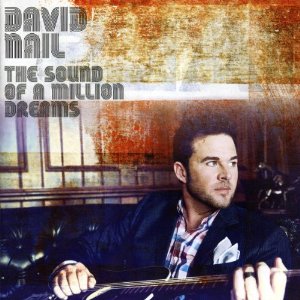 When you go to a concert, do you generally know whose concert you're going to? Thought so. So do I.

But for some reason, Nail told the crowd of about 750 people who he was when he got on stage and maybe even two more times.

David, rest assured. We were not under any illusion that you were another singer from Missouri - aka Sarah Evans or Rhonda Vincent. Or anyone else from any other state either (although I must confess, I'm a bit unclear about something. Why did your drummer, who's from Wichita, Kansas, have the seal of Missouri on his drum?)

I'm always a bit dumbfounded when the headlining act has to tell you who the heck he or she is. I mean, give us a bit of credit and probably some respect. And it also might make sense to talk about something else that matters more than your name.

It should be noted that Nail was not the only singer on this night to state their name. The opening act, Sonia Leigh from Georgia (she's on Zac Brown's label) also told us her name. As well she should have. After all, many times, it's unclear who the opening act is unless you do research online. And let's face it, most of these opening acts are not exactly household names.

So for them to state their name, as Leigh did, made perfect sense. In fact, near the end, she told the crowd something to the effect, "I know you don't know who the hell I am," but thanked them for their support. Now that made a lot of sense given the circumstances.

But in the case of one David Nail...nope. He doesn't get a pass. Credit for playing Boston, yes. Credit for playing a generally likable show, yes. Nail told the fans at the end that it'd be nice to come back every year. Fair enough, and he demonstrated enough support to warrant that. Next time, though, you don't need to tell us who you are. We're already there.