Eric Church's career has been on the upswing with a new tour playing bigger venues. Ticket sales are doing well.

And therein lies the problem for Church, according to a good piece at Billboard. 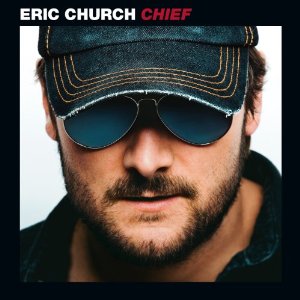 The problem is that scalpers are taking over the tickets, despite what Church and his entourage thought was the best way to build his fans. The article said that scalpers joined his fan club to be able to buy tickets and jack up the prices.

"Scalpers piss me off," Church said in the Billboard article. "I've never encountered this in my life, we've never been at this level, and, quite frankly, we were unprepared."

Church sold tickets for his 2012 tour in two batches and did so well the first time around that scalpers decided to get into the fray for the second go round. Fan club members were allowed to buy up to eight tickets along with access to a general admission pit and front row seats.

""We tried to make our tickets very accessible to fans, we kept the ticket prices low," he told Billboard. "What we didn't count on was all these big ticket brokers would join our fan club, infiltrate our system, take advantage of our system, and buy up all these tickets. Now, at a lot of these buildings that are selling out, there's 500-600 tickets left to sell, and we don't have any of 'em. Ticket brokers are [asking] $200 $300 $400 a ticket. It penalizes the fans; that was gonna be their pit ticket, their front row ticket."

Church's management team was quickly aware of problems. That became obvious when a show in Pikeville, Ky., a small city in eastern Kentucky, drew 26 orders from Connecticut, Las Vegas and New York. Chances are folks from there weren't flying in for the show.

In this day and age of a tough business, building the fan base is ultra important. Chances are Church is telling it like it is when he talked about getting more folks in the building and not making it about the money. After all, if you want a career that will endure, you need fans.

Too bad Church learned the hard way that the best laid plans...