Linda Chorney takes her shot at a Grammy

Adele may be about to clean up at the Grammys in a few short hours and deservedly so, but that seems pretty predictable.

For another person nominated, it's doubtlessly a "pinch me, man am I ever glad to be here" moment. That would be in the category of Best Americana Album, whose nominees include "Pull Up Some Dust And Sit Down" by Ry Cooder; "Hard Bargain" by Emmylou Harris; "Ramble At The Ryman" by Levon Helm, "Blessed" by Lucinda Williams, and, of course, "Emotional Jukebox" by Linda Chorney. 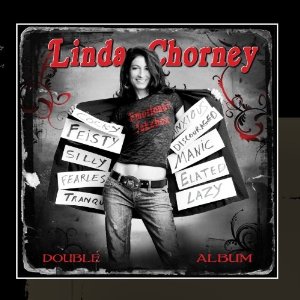 Yup, it's that last person that raises a lot of eyebrows. Linda Chorney. I confess when I heard that she was nominated, I had never ever herd of her. I found that rather surprising considering that this is my bread and butter, the type of music I listen to regularly and write about professionally.

The nomination of the 51-yar-old singer from New Jersey raised the eyebrows of a lot of other folks also, and not all of it was good. You see...Chorney took advantage by contacting Grammy voters with the help of her husband to let hem know she was out there. (there's a very good Boston Globe story summing up the issue).

Chorney, who rocks a bit while also evoking Sheryl Crow style sounds and folk, utilized social media to plead her case. Chorney and her husband, Scott Faynich asked voters to listen to the record. That's about all an unknown artist can do especially in competing against the far better financed labels.

The trick definitely worked obviously as she'll be there in LA tonight. And it was probably to the chagrin of others who put out excellent albums, who weren't nominated - such as Jimmie Dale Gilmore and The Wronglers, Robert Earl Keen and Hayes Carll.

While it seems that Chorney could be accused of gaming the system, she did work within the rules, so I guess she deserves credit for marketing herself. In this day and age, after all, that is all important in advancing one's career.

It's a tough call here. While Academy head Neil Portnow said, ""It shows everybody has a shot. That really is the truth," there's another side to it.

I'll disagree. The disc may not be groundbreaking, but it's not bad music at all. I wonder if Smith would have said the same thing if Chorney had sent him the disc when it came out (I assume she didn't because I never got one until about two weeks ago). In other words, his prism may have changed over time because of the Grammy circumstances.

In an Associated Press story, David Macias, who runs Thirty Tigers marketing company and label in Nashville and has been involved in Americana music, said, ""I guess it just comes down to the question: What do the Grammys mean? Honestly, I think people voted for it because she asked them to, and she worked really hard. And I think the Grammy voters by and large - I hate to say it - I feel like maybe they just weren't paying as close attention."

Why does Macias hate to say it? Call it like you think it is. Call them out on it if they dropped the ball and didn't nominate someone supposedly more worthy. Don't blame Chorney for that. The Grammys apparently mean quite a lot to her.

The fact of the matter is if Chorney wins this will be one huge huge upset. Another fact is that the award will mean little to the other four nominated. Chorney put herself on the map with the nomination. Now, she's had to endure the backlash, but she could also turn this into a career positive - if she's any good live.

There are a lot of sides to this issues, but it's a bit hard to kill the messenger for taking a shot and having a lucky roll.