Forgive me if this comes off as more than a bit cynical, but when I heard that Lionel Richie was going to release a country album, I was surprised. I never had thought of Richie was a country artist, but lo and behold, apparently he is now as "Tuskegee" dropped Monday. 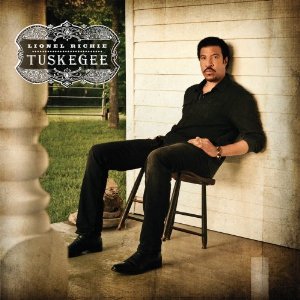 Richie, of course, is best known for his stint with The Commodores a few decades ago and a hit laden solo career, but his career hasn't been burning so bright in recent years. In fact, he seems best known as Nicole's father (you remember, she was the one who was BFF with Paris Hilton for awhile).

In a press release, Richie said the disc was the chance to go home, to return to roots. ""Tuskegee is where it all began, the place where I felt that everything was available and possible," he says. "It's where I learned about life and love and the power of music, and the place I built a musical foundation that knows no genres or boundaries."

It should be pointed out that this is not the first time Richie and country have gone together. Conway Twitty recorded Three Times a Lady, Kenny Rogers sang Lady and Alabama recorded Deep River Woman.

The fact is that Richie sounds good on the disc, which is pretty much a reprise of his hits with some new songs thrown in. For country cred, he enlists the support of folks like Jason Aldean, Shania Twain, Willie Nelson, Sugarland's Jennifer Nettles, Tim McGraw, Blake Shelton, Darius Rucker, Rascal Flatts, Kenny Chesney, Billy Currington and Little Big Town.

Most of those folks wouldn't be accused of being country heavies sonically since most all head straight for the pop jugular. Dancing on the Ceiling with Rascal Flatts makes that crystal clear.

And that is also true of Richie. Yes, there's a bit of banjo pedal steel and country instrumentation here and there, but I think this album shows how far country music has moved than Richie. (that point was made in a review by Sara Rodman in the Boston Globe today).

The pop sheen is evident from the get go with the hit You Are with Shelton helping out. The sound is light and frothy, and Shelton sounds a whole lot better on his own material than he does here.

Say You, Say Me with Aldean enjoys a more legit country sound with pedal steel going off for a stretch at the beginning, but there is nothing about Richie's singing that makes it sound country. It's a pop voice with a bit of a soulful feel thrown in.

The country beat comes more into play with Darius Rucker on hand for Stuck On You, with soft sounds and that pedal steel yet again. They sing well together. I'm curious...has there been another occasion when two African American country singers recorded together?

When all is said and done, Richie's "Tuskegee" sounds good enough. There's nothing particularly challenging or earth shattering here (not to mention ear shattering). It's a safe disc from yet another artist trying to make a go of it in country. That doesn't seem so hard these days, but whether country fans will go for it remains, of course, to be seen. Whether there is a hit or not shuld determine that. There are enough catchy songs here to make that happen.

But that is almost beside the point. It's still hard to fathom Lionel Richie, country artist.