Like many music fans out there, the memories I have of Dick Clark are more from my childhood than his later activities, which were far less influential on me. 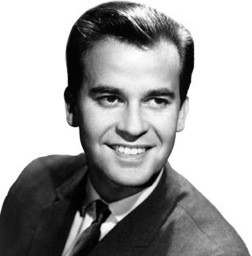 Clark, who died Wednesday at 82, was definitely a go-getter, who seemed to really have a love of music. What I didn't growing up know was that he also had an interest in country. His father owned radio stations, and after graduating Syracuse University, Clark plunged into radio himself. His first television-hosting gig was a country music program called "Cactus Dick And the Santa Fe Riders" on a station in Utica, N.Y. in the md-1950s.

That's the part that I remember - being able to watch the dancers do their thing and bands like the Jackson 5, get their chance to shine (even f it was lip synched).

Clark, of course, was also behind game shows and most notably in recent years Dick Clark's New Year's Rockin' Eve.

On the financial side, he started Dick Clark Productions, which was a key player in developing the televised ACM Awards. "He started working with the Academy back in 1969 as emcee of the show and, in later years became the executive producer," ACM Exec. Dir. Bob Romeo said. "Of course, we now have a partnership with Dick Clark Productions for the show, and his son RAC Clark is our executive producer. Dick was very instrumental in mainstreaming country. He had a great grasp of country, was always a big supporter and, I think, genuinely liked the format. He came from radio and really understood the value of having radio promote the show, as well."

Mike Curb, who founded Curb Records, had a long history with Clark. "I had the opportunity to work with Dick Clark for 50 years, beginning when I wrote the theme for American Bandstand. He has clearly been the most important figure during my lifetime in the industry."

Clark also personally touched Kenny Rogers. "I'm one of the lucky people who can say that I knew Dick Clark personally. Dick produced almost every awards show I was on during the 80's, and he constantly encouraged me toward success. He will be missed by everyone-especially by those who knew him well."

Clark appealed to mainstream America, and he did a great job at doing that and promoting music. His contributions to all genres, including country, are rightfully recognized at his passing.