Eric Church tells it like (some of it) is

Eric Church bucked convention this week and got a lot of grief for it.

Church went off about reality TV shows and the idea of using it as a forum for finding new talent. He specifically chided Blake Shelton for getting involved. Shelton, of course is part of the panel on The Voice along with Cee Lo Green, Adam Levine of Maroon 5 and Christina Aguilera. 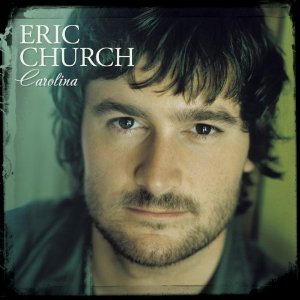 In an interview with Rolling Stone, Church said "Honestly, if Blake Shelton and Cee Lo Green f-ing turn around in a red chair, you got a deal? That's crazy. I don't know what would make an artist do that. You're not an artist."

"If I was concerned about my legacy, there's no f-ing way I would ever sit there (and be a reality-show judge)," he told the magazine. "Once your career becomes about something other than the music, then that's what it is. I'll never make that mistake. I don't care if I f-ing starve."

Now, that's a very uncountry-like thing to do because country singers and bands generally are quite friendly with each other. In fact, there's camaraderie within the genre. You see it big time at awards shows where everyone seems to be on the same page.

But Mr. and Mrs. Blake Shelton did not take too kindly to Church's comments about Shelton.

In fact, Miranda Lambert (Mrs. Blake S) tweeted about it, "Thanks Eric Church for saying I'm not a real artist. Or @kelly_clarkson, @carrieunderwood & @KeithUrban. Your welcome for the tour in 2010."

Church toured with Lambert in 2010, opening for her.

Shelton's tweet assumed a more perplexed attitude, "I wish I misunderstood this..."

The damage may have been done, but Church pulled back issuing a statement apologizing for his comments about the particular artists.

"The comment I made to Rolling Stone was part of a larger commentary on these types of reality television shows and the perception they create, not the artists involved with the shows themselves," said Church in issuing an apology.

"The shows make it appear that artists can shortcut their way to success. There are a lot of artists due to their own perseverance that have gone on to be successful after appearing on these shows, but the real obstacles come after the cameras stop rolling. Every artist has to follow up television appearances with dedication towards their craft, but these shows tend to gloss over that part and make it seem like you can be ordained into stardom."

"I have a problem with those perceived shortcuts, not just in the music industry," he continued. "Many people have come to think they can just wake up and have things handed to them. I have a lot of respect for what artists like Carrie Underwood, Kelly Clarkson and my friend Miranda Lambert have gone on to accomplish. This piece was never intended to tear down any individual and I apologize to anybody I offended in trying to shed light on this issue."

A few thoughts...I have never been a big fan of the American Idol type shows. It's a lot of glitz. What's so exciting about these singers covering other artists instead of showing their own talent? It's not like they're really performing except a song or two here or there. That doesn't mean they are devoid of talent. These shows are just a real odd way of doing music business.

I wonder if it's not so much a shortcut for the artist as the industry trying to achieve a quick fix in a time of declining industry sales and importance. You remember Nashville Star. Most of the careers of those folks never materialized into much of anything save for Lambert and Chris Young. I wonder how Erika what's-her-name is doing these days.

Church is right. It does a lot of work and effort and fortitude to make a go of it musically - especially these days when the money is difficult. For some of these artists, you'd think it would be a case of lightning striking. Even for those who won or nearly won, their career path was not assured. Yes, Carrie Underwood has done fantastic, but what about Angela Hacker, Melissa Lawson, Brad Cotter and Buddy Jewell (okay he had some success, but that was a LONG time ago).

There is also something to be said for Church's comment about getting away from the music. But due to the current situation, it's hard to fault Shelton and others for taking a high profile gig. Obviously doing so raises the profile, something needed if you're going to sustain a career for yourself.

In an ideal world, artists would be like Church - focus solely on their music and tour hard. That's what Church has done, and his career has been on the upswing. It did not happen overnight, and I'm sure he must have been nervous about his career when the hits didn't happen so fast.

He took a needless shot at Shelton, perhaps without thinking. But he was on target about the reality shows. Most are much ado about nothing with artists going nowhere. Too bad Church didn't voice his heart-felt thoughts a bit better. I wonder if Ran will tour with him ever again.

It's okay to open your mouth Eric and state your opinions, even if they go against the grain, but think about who you're really going after.