Staying out of the news is not easy and not going to be easy for Taylor Swift. Last night I called up Google News and who shows up for one of the top news items on the left side of the page, but Swift. 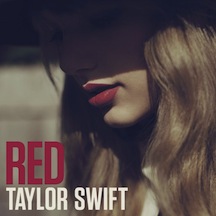 Wanting to know what was doing, I clicked on the link to a slew of TS items. What comes up has not so much to do with the music (although there are several stories about her brand new single We Are Never Ever Getting Back Together and her upcoming release "Red") and lots to do with her social life. In this case, it pointed to a bunch of pictures with a bit of story there about Swift canoodling with Conor Kennedy on Cape Cod. Swift supposedly has bought a $5-million plus compound right next to the Kennedys as well, the subject of other articles.

This all points to our obsession as a culture with fame. Is it so exciting that Swift and Kennedy kissed on a beach? Why do we care about that and other people's private lives so much? Is it a vicarious thrill? Is it a chance to see "Hah, I told you so" if things don't work out of the star goes downhill? It gets even better if the star gets involved in some sort of scandal or really hits bottom with drugs and alcohol? It's too bad that culturally we seem to prey on other's people's foibles to make us feel better somehow.

Swift, for better or worse, has to deal with it and has pretty darn well. She should get really used to it because it's not going to stop any time soon. Involving oneself with the Kennedy clan is a guarantee of that. There isn't much that can be done about it at this point, but it would be great if the concentration were on the music and the non-personal life, but that's just not how it is these days of social media and the internet.

Imagine a world where people cared more about the music. It's easy if you try.