Aldean steps up to the plate

Jason Aldean had a busy Thursday, jetting from wherever he was to Boston to Chicago to Georgia. Tough life ☺.

In reality, Aldean, who just released his fifth disc, "Night Train" on Tuesday, was in all three locales (Athens, Ga., being the final one) to announce he was playing stadiums in each city next year. He plays Fenway Park in Boston, Wrigley Field in Chicago and Sanford Stadium at the University of Georgia. 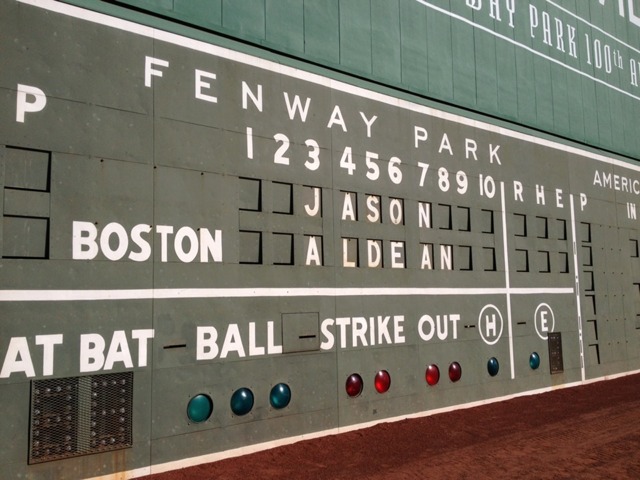 I liked what he had to say about how he picked the three, although I assume he's playing more than these three.

"Brian O'Connell from Live Nation and I talked a lot about it," Aldean told Country Aircheck after the Athens performance. "One thing I didn't want to do was just go pick a handful of stadiums just to say we were playing stadiums. I wanted to play places that are special to me and places I really dug. Being from Georgia and being a big Georgia fan, this was number one on my list."

The Georgia appearance on Thursday with UGA football coach Mark Richt first seemed to be billed as a pep rally for the team (and they could have used one after getting crushed two weeks ago by South Carolina). That soon changed, though, and Aldean and band played a half dozen songs.

Aldean will be the first country act to play Fenway. Okay, Paul McCartney can't be considered country even though he had a fine country song years ago - (Sally G for those not in the know). It's almost surprising that someone like Kenny Chesney hasn't done it, but he apparently likes his football stadiums and plays 30 miles away in Foxboro where the Patriots play.

Congrats to Aldean for making the step up to stadiums so quickly. It's cool picking the old stadiums also instead of the new ones. There's something neat about playing Fenway as The Stones, McCartney, The Police, Dave Matthews and Neil Diamond have. Here's hoping for a fun tour and show with chops.