With great sadness, I learned about the death of Mindy McCready on Sunday at the far too young age of 37.

I had never interviewed McCready or had any sort of personal connection with her, but over time as her career faded and her problems mounted, it became increasingly disheartening to read about her plight in life. How so many things could go so wrong for one person was just incredible. 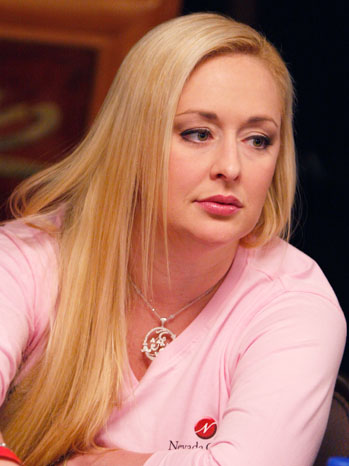 McCready started off quite well with hits on her debut disc, "Ten Thousand Angels" but that was way back in 1996, and after three big hit singles from the disc, life was never very good for the Ft. Myers, Fla. native.

It seemed that McCready was in the press and only for the wrong reasons - substance abuse issues, really bad relationships with different beaus who she accused of abusing her, sex tapes, suicide attempts, arrests, issues regarding the custody of her two sons and more. Just last month, her boyfriend, David Wilson, apparently committed suicide at the same home in which McCready killed herself.

Frankly, the downward spiral seemed like more than anyone person could handle, and ultimately that proved to be the case.

From a musical standpoint, McCready's career was moving nowhere. Her last disc, "I'm Still Here," (2010) may not have been a seller, but it was well done with McCready sounding good vocally.

Who knows what could have helped McCready overcome her problems? Some, such as Dr. Drew, reached out to her - she had been on his Celebrity Rehab show in 2010.

Obviously, nothing was enough to help McCready, 37, stay strong. McCready always will be remembered unfortunately for much of the sadness that dominated her life instead of her musical talents. Mindy McCready, RIP.