Blake, give it a rest

If you are getting mighty tired of hearing about Blake Shelton and Miranda Lambert and their marriage and how it's maybe not doing so well to maybe doing great, count me in.

Now, a lot of folks out there are probably blaming the naysayers and those who like to go negative, maybe the media also, for getting down and dirty about this. 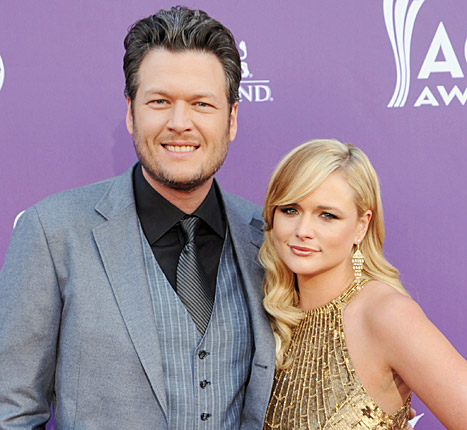 But the fact of the matter is that for some reason it seems that Shelton has not grown tired of this silliness either apparently. He seems to keep fueling the fire by talking about it with the press even more.

He talked about it yet again in an interview with People Magazine. He was quoted as telling his wife, "I have nothing to hide from you." Shelton also said he gave his wife access to his phone. "That's always been our policy: 'Here's my phone. Go through it.'"

(Here's a little advice, Miranda. You can do this surreptitiously also. Assuming you know your user name and password with your cell phone company, you can every call that Blake made and received).

Shelton indicated he was fully open with his wife and was fine about her poking around. "And that's been a really good thing, because I don't want her to ever have any doubts," he said.

Two days ago, Life and Style, which seems to cater to talking about the celebs out there, said that Lambert was going after Eric Church during a tour despite the fact that he was (and is) married. The story quoted a supposed "insider" for their big news about Blake, Miranda and Eric. Ho hum.

The story drags Church into the story even though he had no interest in Lambert.

Blake, give it a rest. Keep your mouth shut. You shouldn't have to defend yourself. The more you do, the more this stupidity continues.

The problem is that Shelton apparently enjoys the attention, he told CBS Morning News. "I honestly do love it. I just know, to have that kind of coverage, if I'm popular enough they want to put me and Miranda on that stuff - that's awesome. I have an album coming out! Put my album right next to it and pick it up."

Time to go to sleep.