Chicago-based country singer Robbie Fulks has been among my favorite performers for a long, long time. In fact, he's one of the best out there, although chances are if you only attach your ears to the mainstream music coming out of Nashville (think Luke Bryan, Florida Georgia Line), then it is extremely likely you've never heard of Fulks. 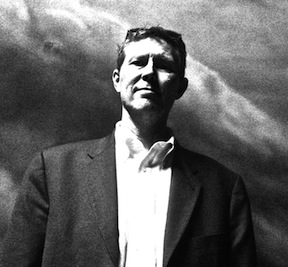 The guy - as once again evidenced by his excellent show last week at Club Passim in Cambridge, Mass. - is the complete package. Great songs, lyrics and stage presence. Not to mention a proclivity for being on the irreverent side in his comments emanating from the stage. He's definitely not a packaged musician who was told how to act by the higher powers that be at record labels.

The Pennsylvania native started his recording career with "Country Love Songs" in 1996 on the esteemed Chicago-based Bloodshot label, which would be his home off and on ever since. The very fine "South Mouth" followed a year later. And then it was a brief stay on the major label scene courtesy of Geffen Records. In 1998, Fulks put out "Let's Kill Saturday Night" (he played the title track last week at Passim), which failed for a variety of reasons including a label in flux. That's never a good sign for a budding artist.

But Fulks persevered and with good reason. He knows his way around a country song like "Georgia Hard" or having fun both in recording (he did an entire tribute album to Michael Jackson, "Happy: Robbie Fulks Plays the Music of Michael Jackson" and does a top notch version of "Billie Jean" live, although not last week) and on stage. Fulks also dips into bluegrass - he was once upon a time a member of Special Consensus. Check out the YouTube video of Fulks singing "Sometimes the Grass is ReallY Greener live in Bergen, Norway below.

Fulks really is emblematic of like-minded artists who are never going to get rich doing what they do, but they stick to doing what they know. The money is not there either with declining record sales and the difficulty in making a buck in touring. And don't expect to hear someone like Fulks on commercial radio either - not that you ever did.

Fulks deserves much praise for his longevity - 12 albums since 1996, including last year's excellent acoustic-based "Gone Away Backward." After listening and hearing so much of what's au courant and where everyone seems to mine the same territory of trucks, bromance, rap and the like - hearing Robbie Fulks live yet again was a true breath of fresh air.