A decade ago, Gurf Morlix was cruising through his musical life with an enviable reputation as a renowned sideman and growing credibility as a producer. His 11-year creative collaboration as guitarist, bandleader and backing vocalist with Lucinda Williams culminated with his production work on her eponymous 1988 album and 1992's "Sweet Old World." 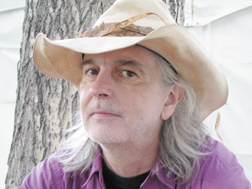 Morlix's work behind the board for Williams ultimately led him to other production assignments for Ray Wylie Hubbard, Slaid Cleaves, Robert Earl Keen and Mary Gautier, but his relationship with his longtime boss began to crumble during the protracted sessions for her breakthrough hit, "Car Wheels on a Gravel Road," which he abandoned two years before its eventual release.

Still in all, he looks back on his time with Williams with affection. "Lucinda is a great songwriter, and I worked with her for 11 years," says Morlix, 57. "It got a little intense. You have cut some of these artists some slack because they're artists, and they're not going to be like everybody else. Working with her was great because the music was so great, but the intensity of it got a little too much for me at one point, and the scales tipped, and I had to bail. I always thought that it was worth it, making that great music, but I found out that I could make great music with other people, too. But I learned a lot from her. That's the first record I produced, Lucinda's album. I learned how to play concerts live playing with her. We went through a lot together."

Not long after severing ties with Williams, Morlix embarked on a new phase of creative endeavor, namely writing and recording his own work.

Gurf Morlix - Music You Mighta Made

Morlix's new album, "Last Exit to Happyland," out in February on his own label, sounds like the work of a seasoned artist with a long history and a deep catalog. So, its accomplishment is all the more impressive in light of the fact that his debut solo album, "Toad of Titicaca," came out a mere nine years ago and "Happyland" is just his fifth album overall. Morlix's quality has continually improved because he has become a keen student of his own work.

"That's the case with every album," says the Buffalo, N.Y. native. "I think I learn stuff on every album, and the next one grows from there. It's a constant growth period. On 'Diamonds to Dust,' I started playing a little more keyboard stuff, and I'm kind of getting into that more. I'm getting a little bored with lead guitar sounds and looking for other colors, things like that. Production values, little things that I'm maybe not even aware of, but I'm going in a direction. It's a constant growth."

While Morlix might be tinkering with the details, the basic sonic architecture he came up with for "Toad of Titicaca" and has continued through his string of albums - 2002's "Fishin' in the Muddy," 2004's "Cut 'n Shoot," 2007's "Diamonds to Dust" - has remained largely in place. His writing and recording foundation is solid as a rock.

"That's pretty much the same," says Morlix. "The writing just comes. You can't question that; you write what shows up. And you're lucky to get something, and then you've got to craft it, and that's the hard part. And the recording is just common sense; knowing what doesn't work and not doing that and making it sound organic and pleasing."

In pursuit of the latter, Morlix admits that he has absorbed a great deal from the numerous production jobs he has attracted since moving into that role on a more consistent basis.

"I've been really lucky to do a lot of records," says Morlix. "And all with artists I really like a lot."

"Last Exit to Happyland" benefited from Morlix's recent creative spurt, which resulted in a surplus of material from which to shape his latest. But clearly one of the lessons that he's learned, from his own work and his observations as a producer, is that not every raw gem is worth cutting and polishing.

"Lately I've been writing a lot and getting ideas really late at night, usually when I'm just about to go to bed. Something pops into my mind, and I go, 'Well, I should go to sleep because I've got to get up early, but I ought to spend an hour at least to flesh this out.' So, I get a lot of ideas then. And because I've been doing that a lot lately, I've got lots of songs. I've also learned to not record every song that I write. Just because I write it and get it finished doesn't mean it's good enough. So, hopefully, when it's time to make a record, I've got 20-25 songs to pick from, and if I can cull that down to 10 or 11, I'm doing great."

For Morlix, the 10 songs that comprise "Last Exit to Happyland" struck a similar chord as "Diamonds to Dust."