Much like her heroes, Dolly Parton and Emmylou Harris, Patty Loveless' music has evolved and enjoyed a few reincarnations over the course of her career.

Loveless began working with Dolly Parton and Porter Wagoner while still a teenager, before dabbling in North Carolina rock and roll bands for several years. She then joined MCA's Nashville roster from 1985 until 1992, releasing songs like That Kind of Girl and Chains. 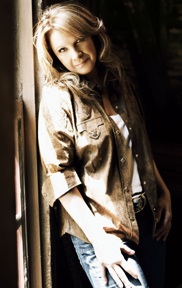 Later she signed with Epic Records and won the CMA's Album of the Year for "When Fallen Angels Fly." She then broke from her commercial success to record a couple of bluegrass albums, "Bluegrass and White Snow" and "Mountain Soul" in 2001.

When "Mountain Soul" became a critical success, it wasn't long before fans began requesting a follow-up. "They were questioning last year when I was ever going to do another record such as the first 'Mountain Soul,'" Loveless says. " So, Saguaro Records came to me about doing another record with them, and we suggested doing one to coincide with the popularity of what the first one did."

After releasing the country collection "Sleepless Nights," the singer is back with "Mountain Soul II" and feels more comfortable taking risks and trying new things.

"The first 'Mountain Soul' record I did was a project that was no pressure at all. I've had a long career, At this point in my career, it's more relaxed, and I can record the stuff I want to record."

That certain freedom and relaxation certainly made its mark on "Mountain Soul II." The album's acoustic soul vibe reflects the fact that 85 percent of the album was recorded live. Loveless brought in friends like Vince Gill, Ronnie and Del McCoury, label mate Rebecca Lynn Howard and 16-year-old Sydney Perry, who sang on Loveless' "Sleepless Nights" record, to provide harmonies.

Freedom can also be a time saver. While many artists take months and even a year to make a record, Loveless and her friends recorded the album in just four days. "We would set up sessions in the day, and then there would be evening sessions."

Recorded in a studio called House of David, Loveless sang for about eight hours a day over the course of four days. "When you are working with the people you are working with - your peers - you want to be on top of it and at your very best because they are at their best."

Despite a previous bout with vocal injuries back in the early '90s, such intense and lengthy singing did not bother Loveless. "I had an aneurysm on a vocal cord, and I actually ended up having a smaller one on the other cord. The voice is a muscle and if you overwork it, it's not good. It's just like with public speakers."

"After we got through recording, there were some things I wanted to re-sing, but there was only one song I got to re-sing at home. I began losing my voice and got laryngitis for two weeks. That tells you that when I was in there, I worked it. It was meant for me to not go back and re-sing. You can try to perfect something so much that you lose the whole feel of it."

Loveless also stretched herself in the songwriting department for the new record. She is most proud of the a cappella spiritual she wrote, Children of Abraham.

"My husband Emory Gordy (and I)...wrote this. We loved the stories in the Bible, and this is the story of Abraham. We studied lot of different versions of this story. We just took a chance, we didn't know if it would work or not. We brought all these people in and said I'm going to do a thing like they used to do at old Baptist churches."

"My grandfather was an old regular Baptist preacher. There were times where I used to attend those churches, and they did a call-and-repeat, where the preacher would set up the words of the song, and the congregation would join in and sing. That's what took place, and it worked."

Loveless has recorded at least one spiritual song on most of her albums and has chimed in on some of country music's most beloved spiritual songs, including the Vince Gill-penned Go Rest High On That Mountain.

Does Loveless foresee a foray into gospel music at some point? "I've had people to request and ask me about it. I may cross that bridge. I've always done, on older records, a song that is kind of spiritual. I'm drawn to the ones that strike the spirit within us. That hit your soul. I've always tried to do that on each project that I've done."

Besides her own songs, Loveless recorded some country and southern gospel gems on the record, including Working On A Building and the Harlan Howard tune, Busted.

"I think Busted is a theme song for today," she proclaims. "It was written in the sixties, and it was originally about the coal mines. Harlan gave my husband the original lyrics to Busted. All things old are new again."

Loveless' music is largely inspired by her Kentucky Appalachian roots, and the singer/songwriter is eager to use her music to help those in need. She recently became a supporter of The Christian Appalachian Project, a non-profit organization dedicated to providing shelter, educational opportunities and support to poverty-stricken families in Appalachia.

"I'm involved with a lot of organizations, but this is the most recent. I'm happy that my music can be a source they can use to benefit others," Loveless says. "That's what it should all be about. That's part of God's love and a wonderful thing they are doing." Fans who donate to the organization receive a free download of Working On A Building, from "Mountain Soul II."

True to her country (but eclectic) roots, Loveless says that she tries to record the music that moves her, regardless of labels. "For example, I love Bob Seger. I listen to his songs, and they are about real life and real people. That's the kind of music I like to do, regardless of the genre. A great song is a great song."