Linda Gail Lewis has several interesting bullet points on her lengthy resume. She released her first singles in 1963 at age 16, and her first solo album, "The Two Sides of Linda Gail Lewis," in 1969 when she was just 22; her follow up album wouldn't appear until 1990.

Since then, Lewis has recorded an additional 23 studio and live albums, including duet sets with Van Morrison and Robbie Fulks, and a pair of albums with her daughters, MaryJean Ferguson and Annie Dolan, as the Lewis 3. "The Complete Recordings," a compilation of the first Lewis 3 album, was just released digitally. 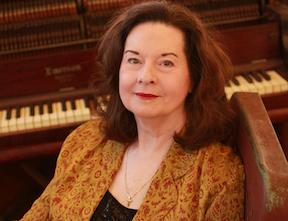 And she's recorded, toured and intermittently wrangled with her older brother, Jerry Lee Lewis, the legendary archetype in seminal '50s rock and '60s/'70s country. Her first duo album was 1969's "Together" with Jerry Lee, coming just a year after his astonishingly successful country reinvention; their single "Don't Let Me Cross Over" just missed the top 10 on Billboard's country singles chart.

Over the years, Linda Gail and Jerry Lee have had a contentious relationship; she'd always been a subordinant element of his '60s shows, but when she revived her solo career in the '80s, Jerry Lee often took exception and threatened to boycott any club that booked his sister.

"I had one place left I could play in, it was called the Bootlegger," says Lewis with a laugh. "It was a very dangerous place, and nobody would even go there. That's where I had to go and play."

Luckily, Jerry Lee's attitude toward his sister has softened considerably in recent years. A promoter who had booked several massively successful tours for Jerry Lee realized that his increasing age was necessitating shorter set times, he asked Jerry Lee if it would be okay to book Linda Gail as an opener for a string of European shows.

"Jerry said, 'Are you kiddin'? She can close for me if she wants to! That'll be great,'" recalls Lewis. "We had the most wonderful time on those tours in Europe. Then Jerry decided to have me on a bunch of his shows in the States as well. I've opened for him several times, and it's always fun; the last time was a year ago, New Year's Eve in Memphis. To be with him and open for him has been a wonderful thing, maybe the best thing of all."

Make no mistake, Linda Gail's early career may have been seeded by her brother's fame, but everything she's accomplished in the past three decades has been through her own hard work and estimable talent. Take 2018's duo album with Robbie Fulks, "Wild! Wild! Wild!" Fulks and Lewis crossed paths 20 years ago when he was in the nascent stages of his career, and she was reviving hers. They played together, and Fulks never forgot the experience.

He touched base with Lewis with the idea of writing and producing an album for her. Ultimately, Bloodshot Records was more interested in a duet album. So, they shifted gears mid-process to assuage Fulks' label. Lewis still found it one of the most enjoyable and satisfying experiences of her career.

"I have to say, those are my favorite songs I've ever recorded," says Lewis. "Robbie's a genius. He's a great producer, and I love the songs he writes. I guess my all time favorite song I've ever recorded is 'Hardluck, Louisiana.' I did that at Gruene Hall last Sunday, and there were people in the audience crying. I'm so emotional when I do that song. I had to learn how to do it live. Now I can think about the old days and my family and still be able to give a good vocal performance. It was a challenge."

Lewis has had plenty of practice with challenges in life, and a fair percentage of them involve her family. There's no drama like Lewis drama, as evidenced by her lengthy estrangement from her brother, which was often driven by his wives.

At the moment, Lewis finds herself in the midst of a long simmering standoff with her daughter MaryJean, one-third of the Lewis 3. With the release of "The Complete Recordings," a compilation of the first Lewis 3 album, "Perfect World," along with a half dozen unreleased demos that preceded it, the time would be right for the trio to hit the road.

But Lewis hasn't spoken with her oldest daughter, whose father was the late Cecil Harrelson, Jerry Lee Lewis' manager and Linda Gail's husband and ex-husband twice, in over two years. MaryJean detailed her issues with her family in a story published in London's Guardian newspaper several years ago.

The ill will leaked into the initial release of 2006's "Perfect World." An executive from Castle Music, a British label, booked a short European support tour, which should have worked out well, since MaryJean had been living in Europe with her first husband and stayed after their divorce. Linda Gail and Annie Marie flew over to join MaryJean to begin the tour, but she never met up with her mother and sister.

"Annie and I did the first gig that was booked, but it wasn't good, and the rest of the tour was cancelled," says Lewis. "God blessed me though, because Janice Martin wasn't willing to do this show she was booked for at this big festival in France. There had been some kind of terrorist scare at one of the airports in London, and she said, 'I won't fly.' I was in Scotland, and they called me and said, 'Will you fly?' And I said, 'Fly, drive, crawl, whatever.' That bailed me out financially, but the heartbreak, you can't be bailed out from that."