The Dirt and the Stars (Lambent Light Records, 2020) 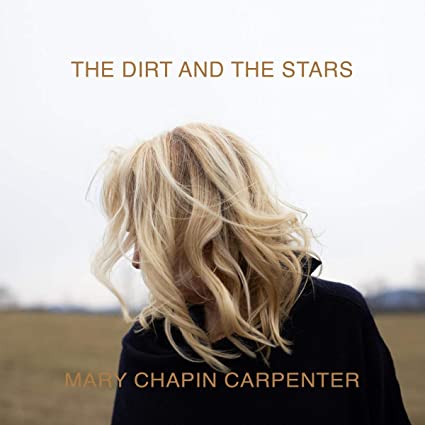 There is an air of quiet reflection on Mary Chapin Carpenter's 15th studio album. Although its 11 tracks were written and recorded prior to the global pandemic, "The Dirt and the Stars" is an appropriate artistic statement for these times - days in which socially-isolated people are left with more time to contemplate life and the human condition.

"It's OK To Be Sad," a beautiful piece of subdued pop, immediately appears to be a sage affirmation of both one's emotional responses and the promise of a brighter day, but becomes less assured as Carpenter sings, "It's OK to be sad, it's alright to be lonely. It won't always feel bad, somebody told me. These feelings like weather, they come and they go. Today I felt better, tomorrow who knows."

There is clearly a desire to be confident in what the future holds, but it is accompanied by lingering doubt - a very relatable dichotomy, especially in these times.

Affairs of the heart take center stage on both "All Broken Hearts Break Differently" and "Asking For A Friend." The former is a mediation on the many reactions people have to the end of a relationship, while the latter is a clever piece of wordplay - one that allows the narrator to probe for answers without making it too personal.

The album takes a decided turn with "American Stooge," the most political song. In recent interviews, including on "One Story with Mary Chapin Carpenter & Sarah Kay," a new podcast taking a deeper dive into the album and its songs, Carpenter explained that she was spending a lot of time reading about Sen. Lindsey Graham (R-S.C.) and his willingness to switch from outspoken Trump critic to one of the president's biggest sycophants just to keep himself relevant.

Supported by a peppy blues rock shuffle, Carpenter pulls no punches when she sings, "When he's not kissin' the ring and levelin' threats, he's proud to be your favorite hypocrite. Polishin' sound bites for the folks at home, a moth to a flame and a microphone."

Carpenter''s understated vocals and evocative songwriting abilities shine on "Old D-35," a lovely acoustic rumination about how the distinctive sound of a Martin acoustic guitar triggers memories of times gone by. Not only is this one of the most poignant tracks, it perfectly summarizes the contemplative beauty of "The Dirt and the Stars" as a fully-realized artistic vision.