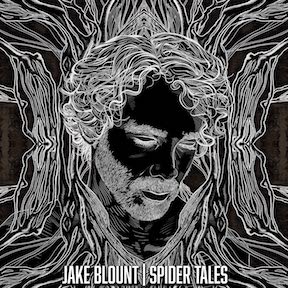 Part history lesson, part contemporary social commentary and part instrumental showcase – Jake Blount's "Spider Tales" is a musical feast to be savored. Over the course of this sumptuous set, the Rhode Island-based singer and multi-instrumentalist (banjo and fiddle) explores black and indigenous folk music of the Appalachians.

Just as Dom Flemons revisited the oft-forgotten musical contributions of African American saddle men in the American Southwest with his 2018 "Black Cowboys" album for Smithsonian Folkways, Blount shines light on the influence Black and indigenous folk music had in the evolution of country, folk and bluegrass music, as we know it today. It's both an eye and ear-opening journey.

Named after Anansi, a trickster spider character from West African folklore known for outsmarting more powerful opponents, this collection contains songs and stories that journeyed to America and the Appalachians via the transatlantic slave trade where they were added to the musical mulligan stew simmering throughout the region.

While African American contributions to indigenous Appalachian folk are often overlooked, Blount shows how influential this music truly was.

One of the earliest compositions is surely "Move, Daniel" a traditional ring shout originally performed by slaves while worshipping. Blount's arrangement transforms this repetitive vocal shout into a banjo and fiddle piece with the beat carried by percussive dancer Nic Gareiss as he mimics the stomping of the circling worshippers.

The banjo/fiddle/foot percussion combination is also featured on "Blackbird Says To The Crow," a joyful tune from Cuje Bertram, an influential black fiddler who was held back because record labels chose to not release old-time music via race records. Blount's banjo mingles expertly with Tatiana Hargreaves' fiddle through fast and complex passages, all while Gareiss' fancy footwork propels the song along.

Not everything here is carefree and playful. The instrumental "Beyond This Wall," with its pace-setting banjo work and stabbing fiddle interplay, is both ominous and slightly threatening.

Also, "The Angels Done Bowed Down," a traditional gospel tune, serves as a call for celestial assistance in times of trouble. The staccato arrangement reflects the seriousness of the matter while also portraying the power heaven can wield. Although this song is ancient and its arrangement primitive, the message couldn't be timelier.

Thoughtfully compiled and expertly performed, "Spider Tales" is as informative as it is entertaining.