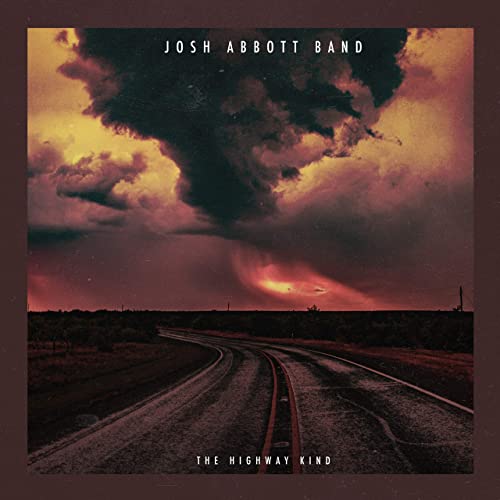 The Texas-based Josh Abbott Band's "The Highway Kind" effectively straddles the edginess of Texas alternative country with slick Nashville production values. The best two tracks are the opening title cut and the sweetly sentimental ballad that closes the set. Abbott kicks it off with the Erik Dylan, Troy Cartwright and Jon Randall tune about the constraint of city living ("Well, the downtown streets never got me where I was going") as compared to the preferred life on the go ("I'll get there when I get there/Long as I'm going somewhere").

With "Old Men and Rain" (co-written with Jeff Hyde) Abbott observes not only the life experience of his grandfather ("Went broke farming in'63/Watched Kennedy die the same year on TV") but the method of coping with the encroachment of time ("They've for sure seen their share of pain/And that's why old men sit around and talk about the rain").

Abbott expresses gratitude for the blessings in his life with "The Luckiest" (co-written with Matt McGinn and Joe Clemmons) including a shout out to one of his musical heroes George Strait ("I'm lucky King George still makes country records"), while also making a more veiled reference to Willie Nelson in the the humorous "Where I Wanna Be" (co-written with Dylan and Neil Medley) that recounts some of his vices ("Yeah, I smoked a little Willie weed").

Other highlights are the ballad "Women and Wishes" (co-written with Marshall Altman and Jim McCormick) in which Abbott speaks of revitalization in a relationship ("She started talking and I fell in love/Again, again, again, again"), and "One More Two Step" (co-written with Bart Butler and Benji Davis) about improvising at home after closing time at the bar ("I can scoot the couch back while you're kicking off them boots").

Produced by Altman some, tracks such as "24-7-365" and "Little More You" suffer a bit from overproduction, but with Abbott's smooth vocals and stellar support from his bandmates, "The Highway Kind" is a fun listen.