Things She Couldn't Get Over (Pinecastle, 2021) 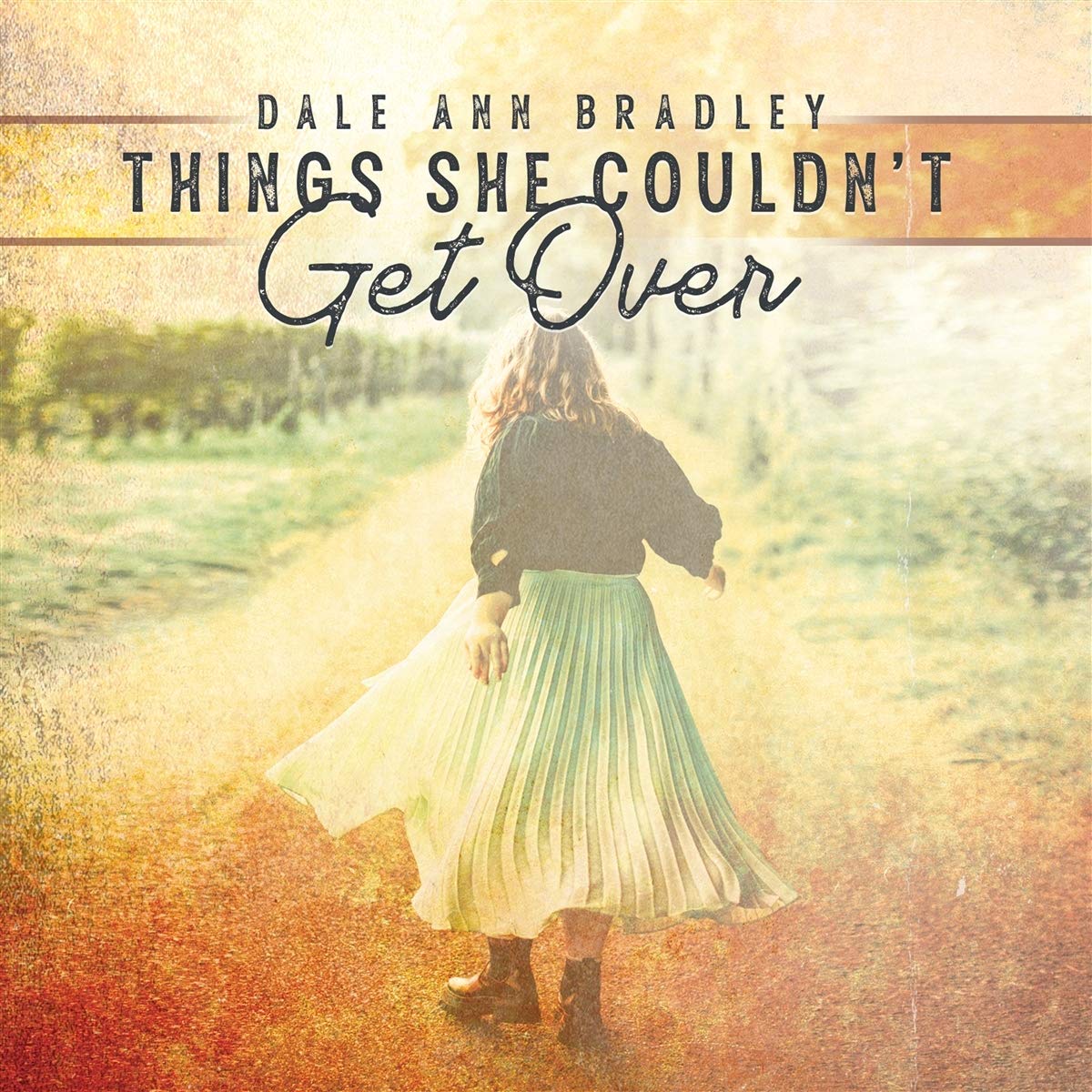 Dale Ann Bradley emerged onto the national bluegrass scene in the early 1990s as a member of the New Coon Creek Girls, a band named in honor of the original Coon Creek Girls, one of the first all-female bands to achieve success in the country music business of the 1940s, led by fellow Kentucky native Lily Mae Ledford. Bradley's upbringing in the Appalachian coal fields provided her ample subject matter for her developing songwriting skills, but it was her sweet, yet forceful and direct voice that set her apart and drew a legion of fans.

Three decades later, she has five IBMA Female Vocalist of the Year Awards as proof of her accomplishments, as well as plaudits as part of the all-female "superband" Sister Sadie. Her new disc, featuring her current touring band Moonrunner (Kim Fox, guitar; Mike Sumner, banjo; Matt Leadbetter, bass; Ethan Burkhardt, bass) suggests that sitting back and resting on her laurels is not part of her long-term planning.

The 10 tracks (three co-written by Bradley) cover a variety of subjects and moods. The title cut is a eulogy to a friend who can't get past the past, drifts away and finally resurfaces in a death notice from another town. Though she's never mentioned by name, "Pearl" seems clearly to be an ode to Janis Joplin and her troubled life that also ended abruptly, while "Lynwood" is the story of a Vietnam vet who likewise never recovers from his psychic wounds. On a more hopeful note, the closing "In The End" reminds us that we all end up the same way, no matter how many status symbols we accumulate. For the most part, it's not light-hearted material and might come off as mawkish in other hands, but Bradley's voice has the combination of strength and sensitivity to convey empathy for the people she's singing about.

Bradley also continues a "tradition" of sorts that has marked her previous solo albums by reaching back into the vaults of '60s and '70s pop and rock for covers of hits by artists ranging from U2 to Stealer's Wheel to Bobbie Gentry, and this time around she takes a shot at Susan Raye's 1971 country hit "L. A. International Airport." She has a knack for bringing a bluegrass sensibility to these "Top 40" kind of tunes, and she hits the mark with this one as well. The band is solid, and Fox especially makes for a worthy harmony partner. Bradley is among the most reliable talents in the business, and it shows here.