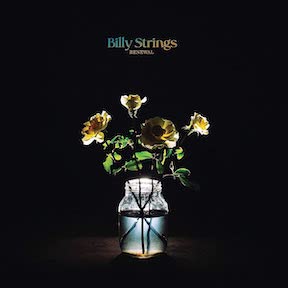 It's just like Billy Strings to have a song title that reads like a heavy metal track ("Hellbender") for a tune that sounds like traditional bluegrass music. When it comes to creating music, though, the phrase, 'It's all good,' actually applies to Strings – for once. "Renewal" is over an hour of music, and is (mostly) bluegrass – at heart – but not just bluegrass music.

"Hide And Seek" is one of the most complicated recordings, while in length (9:26), it's its longest. Lyrically, the song speaks about getting through dark times, with the hope of some "incredible light" at journey's end. The song's instrumental parts feel like a battle. As though it's expressing the challenges of trying to find inner peace. It's an extended piece of music because fighting mental struggles takes time.

"Leaders" features Strings musing about politics. It begins, "We're not the leaders anymore." Later, he sings over the slow, meditative track, "Let mother nature lead the way." It's as if to suggest that humans only mess things up. We need to get back to a more natural way of living together. The song incorporates some boozy sounding steel guitar and a vocal chorus toward the end. It also finds Strings becoming increasingly disgusted. "Sometimes it feels so fucking dumb," he admits. "Love And Regret" expresses the pain of a broken heart. Its instrumentation is highlighted by some wonderful banjo and fiddle fills, and combines bluegrass with honky tonk, for a wonderful stylistic mixture. It also includes Strings doing a spoken section.

There's a lot of content contained on "Renewal," so it will take some time to soak it all in. Billy Strings knows how to take acoustic, traditional sounds and make them personal and relevant. This makes Strings' music well worth our time.